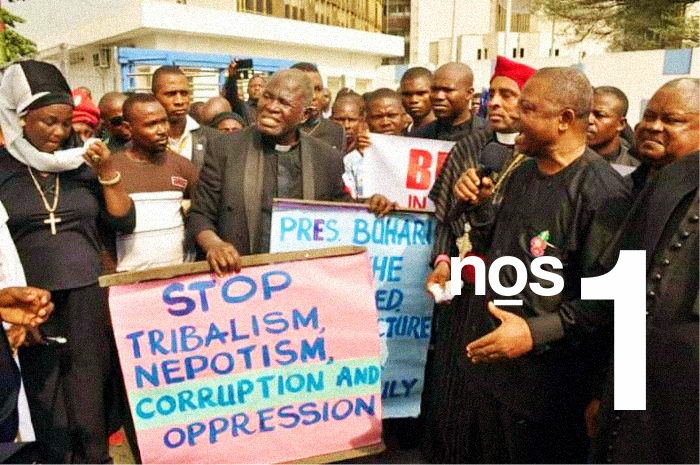 Section 38 (1) of the 1999 Constitution of the Federal Republic of Nigeria, (as amended) states as follows:

“Every person shall be entitled to freedom of thought, conscience and religion, including freedom to change his religion or belief, and freedom (either alone or in community with others, and in public or in private) to manifest and propagate his religion or belief in worship, teaching, practice and observance.”

It is a Constitutional right for any Nigerian to choose any religion or any faith to practice. Any attempt to hinder this right in any manner amounts to a violation of the Constitution which is an act of treason. Unfortunately, a section of the country, based on misguided religious fervor and zeal, has developed the habit of murdering people of differing faith, particularly Christians. While Christians are not cowards, the doctrine of love and forgiveness in Christianity has over the years restrained them from taking the laws into their hands. Christians have relied on Government to fulfill its statutory obligation of maintaining law and order in the society. Sadly, again and again, Government has failed the nation and it has failed the Christians. These acts of impunity and lawless killing of Nigerians on the basis of religious intolerance must stop. Those teaching hate and intolerance must be called to order.

Below is a short catalogue of some of the terrible evils that have befallen Nigeria as a result of religious intolerance.

On 4th February, 2017, the US Congress officially declared that Nigeria is the most dangerous country on earth for anyone to be a Christian. Meanwhile, we have a Constitution that guarantees freedom of religious conviction. Why has the Government failed to defend the Constitution?

For us, as Christians, the deplorable state of insecurity in the nation is no longer acceptable. It does not matter whether it is a Sunni Muslim, Shiite Muslim, Traditionalist, Atheist, or Christian that is killed. Every life is sacred. Every life is supposed to be protected under the Constitution. No one has the right to terminate the life of another human being with impunity. Nigeria is a Sovereign state on the basis of its Constitution and not on the basis of any religion. Therefore, no one has the right to murder any citizen of Nigeria on the basis of differing religious belief.

In addition to the sanctity of life, we detect a grand plan to eradicate Christianity in Nigeria and compel people to adopt a religion that is not of their choice. We are Christians by choice and no one has the right to compel us to worship another god. This attitude of hate must stop and the perpetrators and the sponsors of religious insurgency must be prosecuted. None of them should go scot free.

While the Jihadists have conventional weapons to kill and destroy, Christians have two weapons that evil cannot overcome: Truth and Exposure. This is why every Christian assembly must come out on 19th March, 2017 and stand in front of its place of worship and speak the Trust to expose the evils going on in Nigeria.

IT IS TIME TO SPEAK OUT.