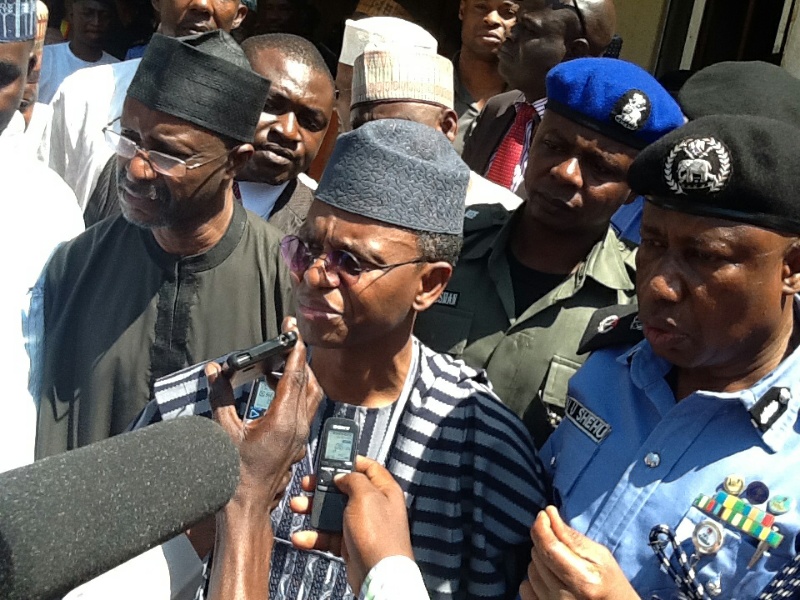 Christian Association of Nigeria, CAN, Kaduna State chapter, has opened up on the Court case between Governor Nasir El-Rufai and Pentecostal Fellowship of Nigeria, (PFN) Church, on the controversial executive bill before Kaduna State House of Assembly, saying, its position is neither hidden nor changed.

Speaking to our correspondent in an interview, the State Secretary of CAN, Sunday Ibrahim, said the position of the Association is very clear and unhidden about the executive bill seeking to regulate religious activities in the state.

The secretary said “Our position is not hidden; I know you must have read in some papers of our position as a body. And also just like a family, every child in the family has their legal rights to do whatever they want to do. So, if PFN, which happens to be a unit of a block, does that, you should understand that it’s not just CAN entirely that is dragged into it, but every Christian is dragged into the bill in question.

“PFN as a body decided to go to court because they are also registered with the Corporate Affairs; it’s their fundamental rights,” he said.

On his views on what would be the implications and its effect on smooth practice of Christian religion in the state – whether the bill should be passed, Ibrahim said, “Well, I think you should go through other interviews I’ve granted and CAN Kaduna have granted before now, and our position has not changed. And do that is what I’ll tell you.”

PFN and other Churches had dragged El-Rufai to court over regulation of preaching bill this year.

The church’s case is before Justice Hajara Gwadah of Kaduna State High Court against Governor Nasir El-Rufai and two others.

PFN has asked the court to declare as null and void a controversial executive bill before Kaduna State House of Assembly, which seeks to strengthen a moribund 1984 Kaduna State law that regulates (religious) preaching in the state.

The case, filed by President of PFN, Professor (Rev) Femi Ehinmidu, through the Counsel of PFN, Sunday Akani, joined Kaduna State House of Assembly and Attorney-General of the state.

The PFN filed the case on August 12, and it came up for hearing in November 2016.

In the suit, the PFN, made up of all Pentecostal churches in Nigeria, is seeking the enforcement of its fundamental rights “as guaranteed under Sections 38(1), 39(1), 40(1), and 42(1) of the 1999 Constitution, as amended, and under the African Charter of Human and Peoples Rights.”

It wants the court to declare that “the Bill for a Law to substitute the Kaduna State Religious Preaching Law 1984, sent to the House of Assembly of Kaduna State by the Governor, Nasir El-Rufai, is a violation of the applicant’s fundamental rights of freedom of religion, association and discriminatory as guaranteed by Constitution.”