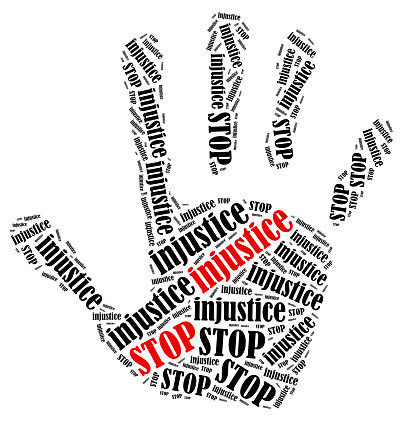 Nothing sums up the dangerous way in which the DSS is handling the Apostle Johnson Suleman affair better than the words of the Southern Kaduna-based Pastor Owojaye Matthew. He said, "you want to arrest Christian clergymen who asked Christians to defend themselves against killer FULANI Herdsmen while you allow hundreds of foreign FULANI herdsmen invading Nigeria to kill and maim CHRISTIANS and take over their lands! DSS, tread softly!  Do not play into the hands of chaos! We are waiting for DSS to arrest the kill and go FULANI herdsmen!"

Owojaiye's point is as pertinent as it is clear. His counsel to the DSS is unassailable and timely.

They would do well to take his advice, leave Suleman alone and, instead of harrasing him, go after those who commit mass murder, ethnic cleansing and genocide against northern Christians at the drop of a hat and those who encourage, incite and pay them to do it.

In this respect let us consider the words of the President-General of Nigeria's Supreme Council for Islamic Affairs, His Eminence, Mohammed Sa'ad Abubakar, the Sultan of Sokoto.

On 24th July 2016 he called on Muslims to fight anybody or any group that attempts to stop them from performing their religious obligations. He said,

"Fight those who seek to stop you from practising Islam. The only thing that will make me to act or ask you to act is only when somebody or a group or some other nations decide to stop us from performing our religious obligations. That is the only way we can fight somebody.” (The Daily Trust).

These words are not only ominous but also sinister. The question for His Eminence and all those that share his views and disposition, and I ask it respectfully, is precisely who is stopping the Muslims of Nigeria from "practising Islam" and "performing their religious obligations?"

Is his warning and veiled threat not dangerous and uneccessary? Is this misguided and misplaced missive not the motive and primary catalyst for the unprecedented and unprovoked attacks that the Christian community in northern Nigeria are being subjected to today?

Is this not the ethos and mindset of those who love to spill Christian blood and crush Christian bones?

Do such words not appear to be like manna from heaven and a source of great inspiration and encouragement to the radical islamic terrorists and Fulani ethnic supremacists in our midst? Is this not a clear case of incitement to violence?

If the Department of State Security (DSS) can attempt to arrest and later invite the fiery evangelical Apostle Johnson Suleman of Omega Fire Ministries simply for calling on Christians to defend themselves when they are attacked by Fulani militias, why should they not arrest the Sultan of Sokoto for his comments as well?

If Miyetti Allah, the umbrella group of the Fulani militia, and other Muslim groups and Fulani leaders can call for the arrest of Rev. Samson Olasupo Ayokunle, the President of the Christian Association of Nigeria (CAN) and other clerics simply because they asked Christians to defend themselves from what can only be described as mass murder and genocide, why can't we Christians demand that the Sultan of Sokoto, the leader of Nigeria's northern Muslims, be arrested for his inciting words as well?

Is what is good for the goose not good for the gander? Do Muslim lives matter more than Christian ones in President Muhammadu Buhari's Nigeria?

Are Christians expected to behave like quislings and cowards and hide under the bed shivering in silence when Muslim leaders speak or threaten them?

All over the northern part of the country Christians are being targetted, slaughtered and butchered and not one person has been arrested, detained or cautioned by our government for these heinous crimes against humanity and these clear cases of ethnic and religious cleansing.

Are the lives of those defenceless and innocent Christian men, women and children that were brutally massacred some kind of sacrifice to a strange and demonic deity or entity?

Are those that kill in this gruesome and heartless manner and those that secretly encourage such killings and turn a blind eye to them really Muslims? Are they even human beings or are they just beasts?

I ask these questions because the apparant indifference of our government to the plight of the northern Christians and their conspiratorial collusion with the forces of darkness that perpetuate these evil, ungodly and barbaric acts against them shocks and appauls me.

Muslim clerics and leaders all over the north pronounce inciting words every day in the sanctity of their mosques and the Fulani Emirs appear to endorse those words yet no-one has called any of them to order. This madness has been going on for years and yet few are prepared to confront it.

The indifference of most northern Muslim leaders towards this matter is troubling and nauseating me. It appears that those that kill Christians in the north have some sort of immunity from the law.

For example there was a particular Fulani prince who was involved in the gruesome public beheading of a Christian man from Benue state by the name of Gideon Akaluka in Kano in the mid-1990's long before he became an Emir.

The Fulani Prince was hidden in a Sokoto prison for two years after all those that organised the killing with him were extra-judicially executed by security forces on the orders of the then Head of State, General Sani Abacha.

After his release the matter was closed and the prince not only flourished but he also went from strength to strength until he became an Emir!

That is how skewered the system is and that is the level of injustice and sheer madness that Christians have been subjected to over the years in Nigeria. Instead of facing justice, those that commit such atrocities appear to be rewarded by the state for their barbarity and evil.

Again in October, 2011 the Sultan of Sokoto delivered a lecture at Harvard University in the United States of America and, amongst many other things, said,

"if Pastor Enoch Adeboye, Pastor David Oyedepo, Pastor Ayo Oritsajafor, Archbishop Olubunmi Okogie, in the name of their beliefs in the Bible as having the final say in their affairs, go about with such flatulence, would it be acceptable and exemplary?"

Adebayo has asked a pertinent question. If  Prophet Temitope Joshua, Dr. Daniel Olukoya, Bishop Matthew Hassan Kukah, Dr. B.O. Ezekiel, Rev. Musa Asake, Bishop Mike Okonkwo, Pastor Bosun Emmanuel, Rev. Emmanuel Kure, Rev. Ladi Thompson, Pastor Paul Adefarasin, Pastor Biodun Fatoyinbo or any of the other notable clerics in Nigeria had said that they do not recognise the Nigerian constitution and that the only constitution that they recognise is the Holy Bible would all hell not have broken loose?

Up until today the slaughter that comes as a consequence of such irresponsible and hateful sentiments and incitement continues.

Yet when the Islamist terrorists and Jihadists start killing Christians and Shiite Muslims as a consequence of such incendiary expressions the Buhari government does and says absolutely nothing to discourage or stop it.

Worse still the entire nation maintains a stoic and submissive silence as if it were totally bewitched by some deep voodoo magic and dark Luciferian spell.

Virtually everyone appears to have been frozen into silence in the country and the spirit of fear has gripped most of our leaders and captured their spirits and souls.

The killing of Christians on a daily basis all over the north has now become the norm and it is getting worse by the day.

Yet no-one seems to care and some, including that devilish little imp in Kaduna state that delights in shedding Christian blood, even relish it and boast about it.

808 Christians were slaugthtered in Southern Kaduna on Christmas eve and Christmas day by Fulani militias and no arrests were made.

1000 Christians were killed in Agatu, Benue state last year by Fulani militants and no arrests were made.

253 Christians were bombed to death at an IDP camp in Borno state two weeks ago by a mad Muslim Air Force pilot and no arrests were made.

1000  Shiite Muslims were slaughtered by the Sunni-Muslim controlled Nigerian army at the end of 2015 and no arrests were made.

Thousands (yes THOUSANDS!!!) of Christian Biafran youths and members of IPOB have been slaughtered all over the south-east and south-south by the Sunni-Muslim led Nigerian security agencies since Buhari came to power just under two years ago yet no arrests have been made.

Christian political leaders and clerics are being harrassed, detained, subjected to torture, humiliated, maligned, threatened, coerced and forced to step down as heads of their Churches by the creation and implementation of bogus, absurd and self-seving laws and yet no-one is there to defend them.

Relevant here are the words of the man of the moment, President Donald J. Trump. He said,

"Christians in the Middle-East have been executed in large numbers. We cannot allow this horror to continue!"

If only he knew what the Christians of northern Nigeria were being subjected to he would accept the fact that what is happening to Christians in the Middle East is nothing but child's play. May God help us all. (TO BE CONTINUED).