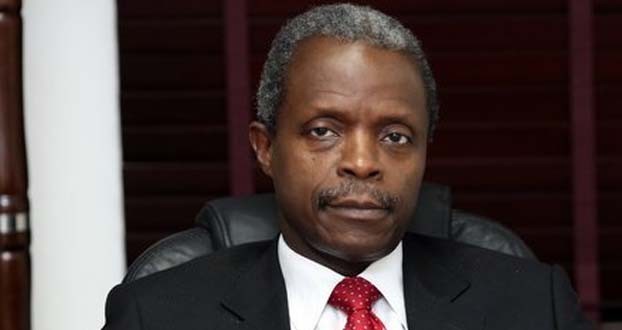 The Christian Association of Nigeria on Friday expressed concern over the continuous persecution of its members, particularly pastors, and demanded that the Acting President, Prof. Yemi Osinbajo (SAN), should intervene in the clampdown on churches because “his studied silence is no longer golden.”

While threatening to resist any attempt to turn Nigeria to a refugee camp for Christians, the organisation condemned the harassment of the fiery pastor and General Overseer of Omega Fire Ministries Worldwide, Apostle Johnson Suleiman, by the Department of State Services in Ekiti State.

The position of CAN was contained in a statement issued on behalf of its President, Dr. Samson Olasupo Ayokunle, by his Special Assistant (Media and Communication), Adebayo Oladeji, in Abuja.

CAN also raised the alarm that Apostle Suleiman “has become a refugee in Ekiti State as security operatives are said to be searching every nook and cranny of the state with a view to arresting him.”

CAN said, “It is high time the overzealous security agencies knew that Nigeria remains a secular state and any attempt to turn the country into a refugee camp for Christians will not be acceptable and will be resisted with every lawful means.

“We call on the Acting President, Professor Yemi Osinbajo, to intervene in all the clampdown on the Church in Nigeria. After all, he is in the office primarily to represent the interest of the Christians and his studied silence is no longer golden.

“Why we have yet to recover from the genocide in Southern Kaduna by the murderous Fulani herdsmen and its attendant consequences, the Jigawa State Government began the pulling down of our churches with impunity.

“As if that was not enough, some operatives from the DSS reportedly invaded a hotel in Ekiti on Tuesday where Apostle Johnson Suleiman and his team who were in the state capital for a crusade were lodging.

“According to what we heard, they insisted on remaining in the hotel until Apostle Johnson Suleiman surrendered himself for arrest. But for the timely intervention of the management of the hotel and other well-meaning Nigerians around, the invasion could have resulted into bloodshed as the minister of God was there with some MOPOL men and officers. Apostle Suleiman has become a refugee in Ekiti State as security operatives are said to be searching every nook and cranny of the state with a view to arresting him.”

According to the organisation, if there is an urgent need to interrogate Apostle Suleiman on any issue, it would only have been proper to extend a formal or informal invitation to him by the DSS, rather than the Gestapo approach used in the attempt to arrest him.

According to CAN, under Nigerian Laws, Suleiman is presumed innocent until a court of law proves otherwise.

CAN wondered if the DSS had extended the proposed “obnoxious” law which forbids religious preaching without the permission of the state government being  spearheaded by Governor Nasir el-Rufai of Kaduna State.

The body said, “Treating ministers of God and our members as common criminals is unacceptable to CAN. Enough is enough! Despite all the promises made by Governor Nasir el-Rufai, none of those who were responsible for the killings of our members in the Southern Kaduna has been brought to book. Instead, the police have been releasing those who were arrested for the killing of our members in Kano and Kubwa (Abuja) while our leaders are being subjected to untold hardship for just no cause.

“The last time we checked, Sections 38-41 of the 1999 constitution (as amended) state clearly that every Nigerian is entitled to freedom of thought, conscience and religion, including freedom to change his religion or belief, and freedom (either alone or in community with others, and in public or in private) to manifest and propagate his religion or belief in worship, teaching, practice and observance.

“The constitution states unambiguously that every person shall be entitled to freedom of expression, including freedom to hold opinions and to receive and impart ideas and information without interference.

“Every person shall be entitled to assemble freely and associate with other persons, and in particular he may form or belong to any political party, trade union or any other association for the protection of his interests. Every citizen of Nigeria is entitled to move freely throughout Nigeria and to reside in any part thereof, and no citizen of Nigeria shall be expelled from Nigeria or refused entry thereby or exit there.”

The Buhari Support Organisation had earlier cautioned the Kaduna State Governor, el-Rufai, against using the DSS for vendetta against Suleiman.

Deputy Director of the group, Blessing Agbomhere, said the DSS should not allow itself to be used by the governor to fight his war against the cleric.

He said, “The DSS should not be taking instructions from el-Rufai and he should stop giving the impression that he is the one running Muhammadu Buhari’s administration.”

Meanwhile, some pastors have said that there was nothing wrong in Apostle Suleiman’s comments that Christians should start retaliating any attacks or killings by Fulani herdsmen.

They said that if the Federal Government had shown seriousness in stopping the Fulani herdsmen crisis, the religious leader wouldn’t have asked his followers to defend themselves against the herdsmen.

The founder of Life Anchor Ministries International, Pastor Bayo Akinjiyan, said, “Even though I wasn’t at the programme where he preached, going by what was reported, I want to believe that what the Apostle was saying was that Christians should defend themselves and that there was nothing wrong with self-defence.

“If somebody is coming to your house to kill you, you have the right to avoid being killed. As Christians, we don’t encourage violence, but I think a time has come that people need to be security conscious so they don’t die before their time.”

The leader of Living Waters Unlimited Church, Pastor Ladi Thompson, asked the Federal Government to stop facing the “wrong enemy” and focus on the more important issues in the country.

He said, “I speak as somebody who was in Southern Kaduna few days ago and I speak as a consultant in this area. We need the Federal Government to be better focused to diagnose the problem.”

“On the part of the church, I think nobody should blame [Apostle] Suleiman because, frankly speaking, the church is usually the first victim in this displacement sequence that is troubling Nigeria.

“Church leadership should have coherent policies and solutions, because in the absence of that, we are going to have emotional responses, indignant responses and responses coming from a feeling of total helplessness; seemingly where people are being slaughtered and the Federal Government does nothing. So, if everybody were to calm down, we should stop facing the wrong enemy and face the right enemy.”

The Senior Special President to Osinbajo on Media and Publicity, Mr. Laolu Akande, said the acting President had always acted in and out of government to defend the rule of law and course of Justice.

He was responding to a statement by the CAN, which accused Osinbajo of keeping studied silence in the face of alleged persecution of churches in the country.

In a statement issued on Friday night, Akande said Osinbajo was committed to the best standards of governance that primes and values the life of every Nigerian, regardless of religion or ethnicity.

He said as far as the acting President was concerned, all Nigerians were equal and loved by God, and does not discriminate on the basis of religion.

The statement read, “Alongside the President, Prof. Osinbajo is unwavering in ensuring that anyone who violates the law, should and must be made to face the full extent of the law.

“He has spoken out publicly on the inherent weaknesses in the nation’s Criminal Justice System, and is working assiduously within government to bring the reforms necessary, including the option of community policing.

“The current limitations of the criminal justice system however affects virtually every kind of crime, including the example of high profile murders of the past, many of which remain unsolved.

“This administration will continue to defend and protect the lives of all Nigerian citizens. It’s the reason the President gave firms instructions to security agencies-military and police to send reinforcements to Southern Kaduna to enforce the peace. The Southern Kaduna crisis has become a worrying recurrent decimal over the years.

“We -all of us in government, political, religious leaders, traditional rulers and the entire Nigerian people, especially the elites- must work to find a lasting solution.

“Situations like the crisis in Southern Kaduna while capable of provoking emotive reactions and potent for divisive rhetorics, calls for the display of true leadership virtues from everyone of us. We should resist the temptations to succumb to divisive tendencies.”