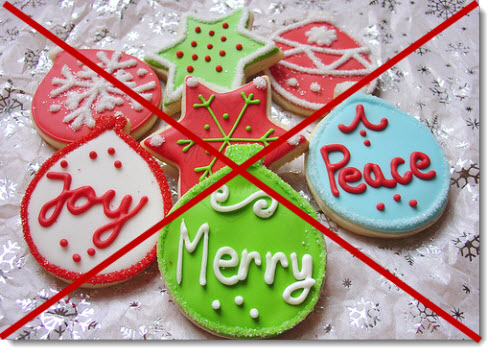 On Thursday December 22nd, the Governor of Kaduna State, Nasir El-Rufai, met with President Muhammadu Buhari to secure the President's backing to declare a 24 hour Curfew in three local government areas of Southern Kaduna State namely: Jema'a, Kaura and Sanga. However, it is relaxed to 12 hours on Christmas day. The reason for the curfew is already public news. Nevertheless, the timing is deceptive and the reasons misleading. As a Southern Kaduna citizen, who lives in Plateau State but in touch with what is going on in Southern Kaduna, I am very troubled. The path our Governor is pursuing will not lead to peace but more animosity, nurturing distrust laced with security miss-steps.  My concerns are three-fold:

1.    The timing of this curfew during a public Christmas festive period to which the President has himself declared 3 days to allow Christians worship in their Churches and be with family and friends is under threat and has angered Christians/people not just in Southern Kaduna but the entire nation.

2.    It is quite disconcerting that the Presidency or the President himself are yet to wade into a crisis that has been brewing for a while, with numerous attacks and killings of hapless residents in Southern Kaduna. A critical question arises: did the President make any effort to invite leaders from Southern Kaduna State, specifically the affected three local government areas, and not just political appointees of the governor, to hear their version on the security situation in their areas?

3.    Previous examples of curfews in other States such as Plateau, Borno, Yobe, Adamawa, etc., have historically been ineffective at curbing violence beyond the short-term. It is on record that since the curfew was declared, people are still being killed in some of the affected local government areas. An attack still took place (22nd & 23rd) by Fulani herdsmen in Goska, a village in Jema'a.  Very sadly at the point of sending this out on Christmas Eve, I am told that Goska is right now under attack again. If a curfew is on, why has security not been put in place to checkmate such rampant occurrences?

Is the declaration of curfew a publicity stunt or a personal vendetta meted out to the innocent people of Southern Kaduna State by a Governor who felt humiliated by popular rejection of his leadership approach and policies in handling the constant killings in Southern Kaduna State? Instead of spending quality time with quality people to try and sort out the crises, the Governor is engaging in a lot of negative publicity to demonize the good people of Southern Kaduna State. What does he personally stand to gain? I urge the President of Nigeria to also look beyond El-Rufai to hear other voices from the affected areas as part of the search for peace.

The Spirit and message of Christmas is peace and reconciliation. Just as German, French, and British soldiers met, shook hands, shared food, and exchanged gifts in no man's land during the First World War, I urge all Christians to respect the curfew and keep the peace by remaining law abiding. Restraint in the face of provocation is not weakness but maturity and a sign of strength. This is a call for constructive dialogue as we seek an end to this needless hatred and animosity. I APPEAL and wish to see Christians in Southern Kaduna and indeed all over Nigeria reach out in love to Muslims and those who practice other religions and extend warm hands of friendship to build bridges of trust as we celebrate the birth of the Prince of Peace.