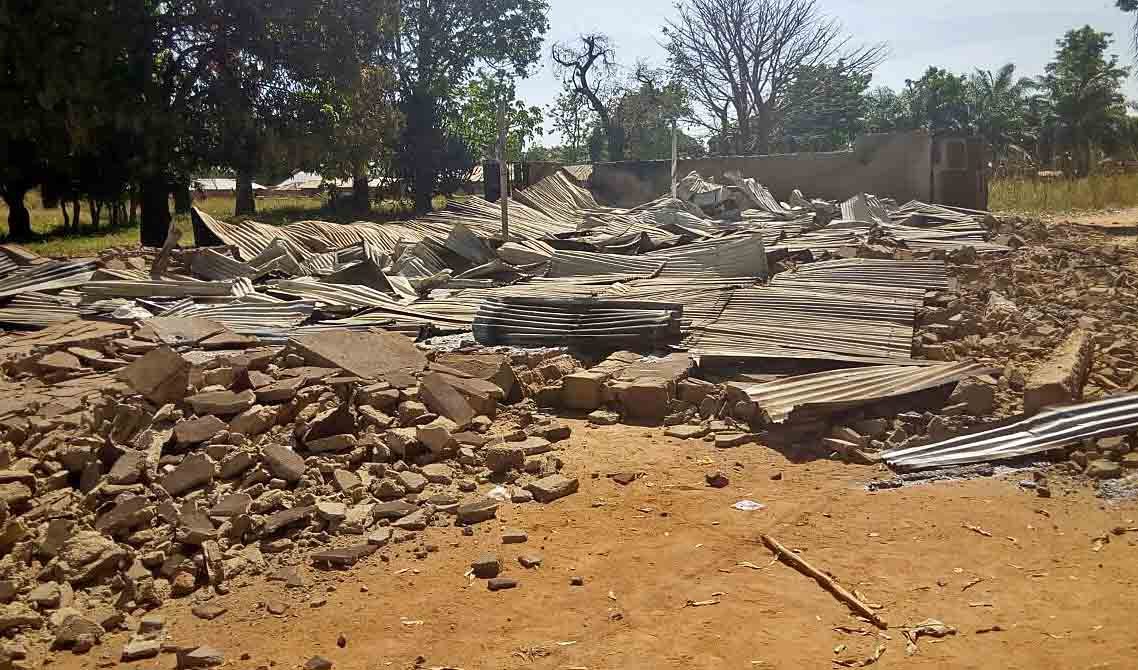 If the answer to the first question is positive, one would like to see a situation where the herdsmen graze on their lands and then pass on to other greener pastures.

Rather, what is playing out is the conquest of the indigenous people with acts of genocide and total occupation of the land with political, economic and religious structures that seek to replace what is on ground before the arrival of the invader.

The argument of quest for fodder flies more in the face when recent statements by the Kaduna State governor, Malam, Nasir El-Rufai face objective scrutiny. He is quoted as saying that anybody that kills a Fulani man has collected a loan which one day he must pay. He is also quoted to have said that he paid the Fulanis, who he claimed were foreigners to stop the killings.

Further El Rufai is said to have called Fulanis who left Kaduna for one reason or another to come back now that a Fulani man is the governor of the state. From the governors utterances it is obvious that the struggle for southern Kaduna is not about grass for feeding of animals, rather a struggle for ethnic displacement of one group by another.

No wonder the wanton killing and destruction of property. One hopes the Fulanis dont intend to repeat what the Janjaweeds did to the indigenous Christians of south Sudan, a deliberate act of ethnic cleansing backed by a government in power. The Fulani mentality that their people are in power both at the federal and in Kaduna state, therefore they must concretize their expansionist tendency is warped.

They seem not to reason that their kins will not remain in power forever. What happens at the end of their tenure? Fulani impunity is sending only one message to the nation which is; never again elect the Fulani man into political position. If the present government will understand this message they should do everything to put their rampaging brothers under control. It is for their own good, knowing that power is transient.

It will be good to put what is happening in southern Kaduna in correct perspective. The activities of the Fulanis in southern Kaduna is a continuation of a suspended program of Othman Dan Fodios Islamic jihad of 19th century which overthrew indigenous Hausa states, destroyed their culture and religion and established the present caliphate. Put differently, this is an act to extend the frontiers of the caliphate where it feels it has not taken absolute control.

Flashback into Nigeria history reveals that typical indigenous Hausa people with their indigenous middle belt counterparts are not, pastoralist, but crop farmers. Pastoralism is an 18th and 19th centuries phenomenon introduced by the Fulani pastoral Islamists who had dual motive of finding pasture for their animals and establishing a politico-religious system to replace the existing one in the place.

For instance, after the conquest of the seven old Hausa states by the Fulani invaders in 1804 led by the Fulani patriarch, Othman Dan Fodio, the true Hausa identity was lost to a cultural mix called Hausa-Fulani. The original Hausa culture and institution that supported and produced women leaders such as Queen Amina of Zaria was lost to the mix that does not encourage women leadership. Also, nomadism is not an Hausa culture. Rather it was fostered through conquest. In other words, there is no surviving Hausa cultural practice in existence today, but a total assimilated Arabic-Fulfulde politico-religious lifestyle.

Put differently, the first people group in Nigeria to lose their identity as a result of conquest is the Hausas. History has it that the non Hausa communities in northern Nigeria resisted the invading Fulani jihadists that conquered the core Hausa states and were able to maintain their political, economic and religious identity until  Britain aided the Fulanis through indirect rule and subjugated these ethnic minoritities to the power of the sultanate. This is the genesis of the struggle to take absolute control of the land and people of the minorities of the north.

It is unfortunate that this core motive of finishing the unfinished motion of the 19th century in the 21st century is being aided by the propaganda of climate change, desertification and scarcity of fodder and decrease in flora. As far back as the early 20th century when the first set of the grazing reserves were created and gazette by the northern Nigerian government under the Fulani-Hausa oligarchy, global warming and its attendant effects had not reached the level as it is today, yet lands were acquired in the middle belt far away from the concentration of the Fulanis in a foresighted manner with the intention to pursue the subjugation motive.

Juxtaposing this background with the current onslaught against the indigenous minorities of the middle belt generally and southern Kaduna in particular by the Fulani pastoralists, one sees a correlationship between pursuits of age old expansionism with quest for fodder. Let no one be deceived, quest for fodder is a secondary reason. The main motive is political, cultural and religious domination as well as acquisition of a homeland by force.

In Nigeria geopolitical history, every people group has an indigenous homeland that is not in dispute except the Fulanis. The Hausas, Kauris, Nupes and other groups in the north can point to a geographical terrain as a homeland. The Yorubas of western Nigeria and the Igbos of South eastern Nigeria all have places that can be referred to as homeland. Even the Aros in igbo land that share similar character of settlership with the Fulanis have a homeland which every Aro man no matter where he is under the globe regard as a homeland. Where can a Fulani man in Kano, Borno, Adamawa, Afikpo, Ogoni and Ibadan put to as ancestral homeland in Nigeria?

Historically, the Futajalon Mountains of Senegal is believed to be the ancestral homeland of the Fulanis.  But as nomads are always on the move and settling wherever they can see grass for their animals they are always accommodated by their host communities. This is acknowledged and accommodated by the constitution for which there is a de-emphasis on ethnicism in the constitution. Yet this accommodation does not negate the right of indigenous people of any place to ownership of their land, including resources thereto.

What the Fulanis are doing in Nigeria is overstretching the letters and spirit of the constitution for their selfish end. From observable facts, what is playing out in the whole of the middle belt of Nigeria and particularly in Kaduna south is a deliberate act of aggression to further the age old expansionist tendency to carve out an inheritance for the pastoralist, turning them into indigenes rather than settlers.

This is a clear case of the proverbial elephant after being beaten by the rain requested from the master to bring in its head for shelter which ended up pushing the master out of the hut and occupying same with its massive body. The Fulani herdsmen are using the opportunity of a Fulani governor in Kaduna and President in Aso villa to push land owners all over the federation from their properties using the instrumentality of government. How far can they go in a power transient environment?

Statistics shows that these acts of aggression increased since 2015 when a Fulani man became President and the ethnic groups feels it is an opportunity to get what they dont have.

If not, how will one explain government lack lustre attitude to the danger posed by these aggressions. How come there are little or no arrests of the murderous aggressors, rather a placating of criminals as Kaduna State governor said he paid some people to stop killing in southern Kaduna.

One is left with one conclusion that Kaduna state government and by extension Federal government are accomplices and have burden to prove otherwise.