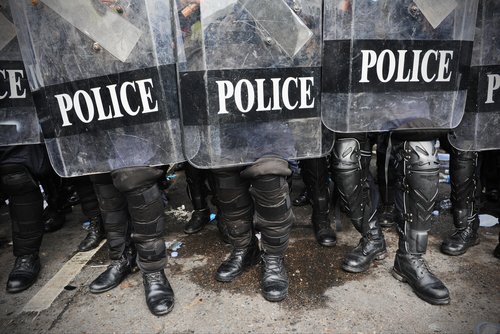 The Christian Association of Nigeria (CAN) on Monday said it was deeply saddened by the news of the release of the five people suspected of killing a 74-year old Christian woman in Kano, Mrs Bridget Agbaheme, who was murdered sometimes in June, 2016.

“This is a highly provocative and an insulting act on our collective sensitivities as a democratic nation if the newspapers’ reports are correct,” Evang. Barr. Kwamkur Samuel, CAN Director Legal and Public Affairs, noted in a statement issued Monday.

CAN said, it condemns the continuous act of killing of innocent Nigerians under the pretense of ‘blasphemy’ and considers the willful absence of justice for victims of these mindless killings in Nigeria by the relevant authorities as a very serious constitutional breach and security threat to unity and collective survival as a nation.

“The now-familiar tradition of avoidance to arrest or properly investigate and prosecute cases involving the deliberate killing of innocent Nigerians is evidence of a scripted plan to operate another nation within the Nigerian state and to deny justice to those, who truly deserve justice.

“The cardinal responsibility of government to protect the lives and property of the citizens is sacrosanct and must not be sacrificed on the altar of religious convenience.

“As it stands today, there is no single prosecution record of any criminal, who killed
under the pretense of blasphemy in Nigeria, despite the number of victims and
incontrovertible facts showing that those killings were done in daylight and mostly by persons, who live within the communities where these heinous crimes were committed.”

CAN urged Kano State Government and the Inspector-General of Police to execute justice on behalf of the victim. It warned that the act of condoning crass criminality in the name of blasphemy deserved greater attention and broader treatment.

CAN, however, sympathized with the family of the Kano victim and assured that the pursuit of justice is a noble task of all well-meaning citizens working together towards a more decent and better society.

“As the umbrella body of Christians in Nigeria, we will not relent in our effort to ensure that justice is served on the religiously intolerant, and to ensure that all Nigerians are treated equally, irrespective of their faith, social status and
where they come from,” the statement concluded.

It would be recalled that CAN Enugu State Chapter, on Sunday expressed shock over the release of the five suspects and described the development as invitation to anarchy.