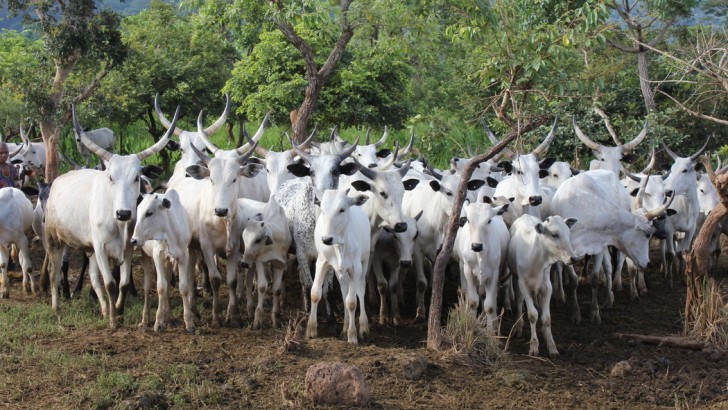 MEMORANDUM SUBMITTED TO THE HOUSE OF ASSEMBLY COMMITTEE ON AGRICULTURAL PRODUCTION AND SERVICES: INCESSANT CLASHES BETWEEN PASTORALISTS, FARMERS AND FARMING COMMUNITIES ON 26TH AND WEDNESDAY 27TH OF APRIL 2016

AND
MEMORANDUM SUBMITTED TO THE SENATE JOINT COMMITTEE ON AGRICULTURAL/RURAL DEVELOPMENT, SECURITY AND INTELLIGENCE: ON INCESSANT CLASHES BETWEEN PASTORALISTS, FARMERS AND FARMING COMMUNITIES ON 10TH MAY 2016.

OUTLINE:
– CAN has rejected the idea of a national grazing bill for Fulani herdsmen.
– The group suggests that Fulani herdsmen should be given Sambisa forest.
– It accused the federal government of trying to Islamise Nigeria.

REPORT
The Christian Association of Nigeria (CAN) has rejected the National Grazing Reserve Bill meant to provide grazing routes for herdsmen and has suggested that Sambisa forest be used as a national ranch. Vanguard reports that CAN in a memorandum sent to the House of Representatives Committee on Agricultural Production and Services / Senate on Incessant clashes of farmers and Fulani herdsmen said the bill is an attempt to Islamize Nigeria and should therefore be rejected.

RECOMMENDATIONS BY CHRISTIAN ASSOCIATION OF NIGERIA (CAN)

1. No grazing rights, routes or reserves (3Rs) because it is private business and tax payers’ money should not be used as in other normal private businesses in the country.

2. Loans should be sourced for through banks, Federal/State ministries, like other businesses in Nigeria to facilitate their education as an association to improve themselves so that they can fit in with 21st century Nomad practices in line with the millennium development goals. It is a well known fact that the Federal Government has released billions of naira for Grazing Reserves in Northern Nigeria which we presume should be enough.

3. Lands should be sourced at state level or through Northern Governors’ forum where the cows will be in their natural habitat in northern Nigeria. This should not be done by COERCION, MANIPULATION, INTIMIDATION, ENFORCEMENT OF LAW or THE PASSING OF ANY BILL INTO MOTION but with PERSUASION and ENCOURAGEMENT. State Governors should be adequately educated on what they stand to benefit.

4. Ranches/Reserves should be restricted to state of origin of Nomads or anyone into animal husbandry and the remaining untapped, uncultivated vast land space on the entire planet which happens to be in Northern Nigeria.

5. Chief Awolowo said “Tap and pipe water from the Atlantic Ocean to irrigate the whole of Northern Nigeria like other deserts of the world and you will feed the entire world from here”.

6. There should be no driving of herds all over the nation as the excuse to mass murder Christians and Nigerians in the South.

7. All Nigerian borders should be tightened, because most of these so called Fulani herdsmen who are actually Boko Haram and illegal immigrants from neighbouring Niger, Chad, Burkina Faso, Benin Republic etc. They are definitely not our Nigerian brothers.

Further, drawing inspiration from the submission of Nigeria Graduate Christian Fellowship; – an Affiliate of CAN:

A) Grazing reserve/grazing route is unsustainable, conflicts with Land use act of our constitution that vested the power on land allocation to State Governors and not the Federal Government. It is also prone to conflicts with host communities and Farmers.

B) The best solution is private ownership of modern day cattle ranches with access to veterinary services, Schools, Irrigation/water supply and other social amenities

C) It is wrong for Federal Government to seize a community land and give it to Private businessmen who are cattle breeders as it favours one group at the expense of others.

D) The land mass in Northern Nigeria far outstrips what obtained in the South. The entire South eastern states have a land mass of 28,982 km2 which is smaller than Kogi State (29,582 km2)! The entire southern states in the west, east and south south is less than a third of the land mass in the North. It is therefore wrong for Government to allocate land from the South to breeders from the North.

E) Sambisia forest which is approximately 60,000 Km2 and has more than 6million hectares of land can be used as a national ranch where all breeders from different parts of the country can breed their cattle. This will help to develop the area and derive Boko Haram their haven.

F) That the Fulani Herdsmen causing havoc, raping women, and armed with sophisticated weapons is a grave security threat to the country and should be treated as terrorists.

H) The idea that grazing reserves as a panacea to the problem is not only archaic, but unscientific, unsustainable and most modern nations including Saudi Arabia have introduced ranches instead of Nomadism.;

I) Moreover, cattle rearing as practiced in Nigeria is a private business, therefore it is unfair for Government to acquire land from Farmers which is their only means of livelihood and give same to the Fulani Herdsmen free of charge. In summary, we advocate the Ranching system which will restrict every Farmer to his own portion of land thus eliminating incessant clashes and unnecessary loss of lives and properties.

WE BELIEVE THAT THE NATIONAL GRAZING BILL IS A SUBTLE WAY FOR THE FEDERAL GOVERNMENT TO ISLAMISE NIGERIA WHILE THE FULANIZATION OF 1804 CONTINUES. So, in order to alleviate and prove our fears wrong, such a BILL SHOULD NEVER BE PASSED INTO MOTION because it is not a LEGISLATIVE ISSUE.

We are of the opinion that there should be constant dialogue with all the stake holders to formulate a holistic plan that will promote peace, harmony and advancement of our Livestock industry, so that we don’t divide Nigeria into Southeria and Northeria either overtly or covertly.

GOD BLESS YOU ALL!