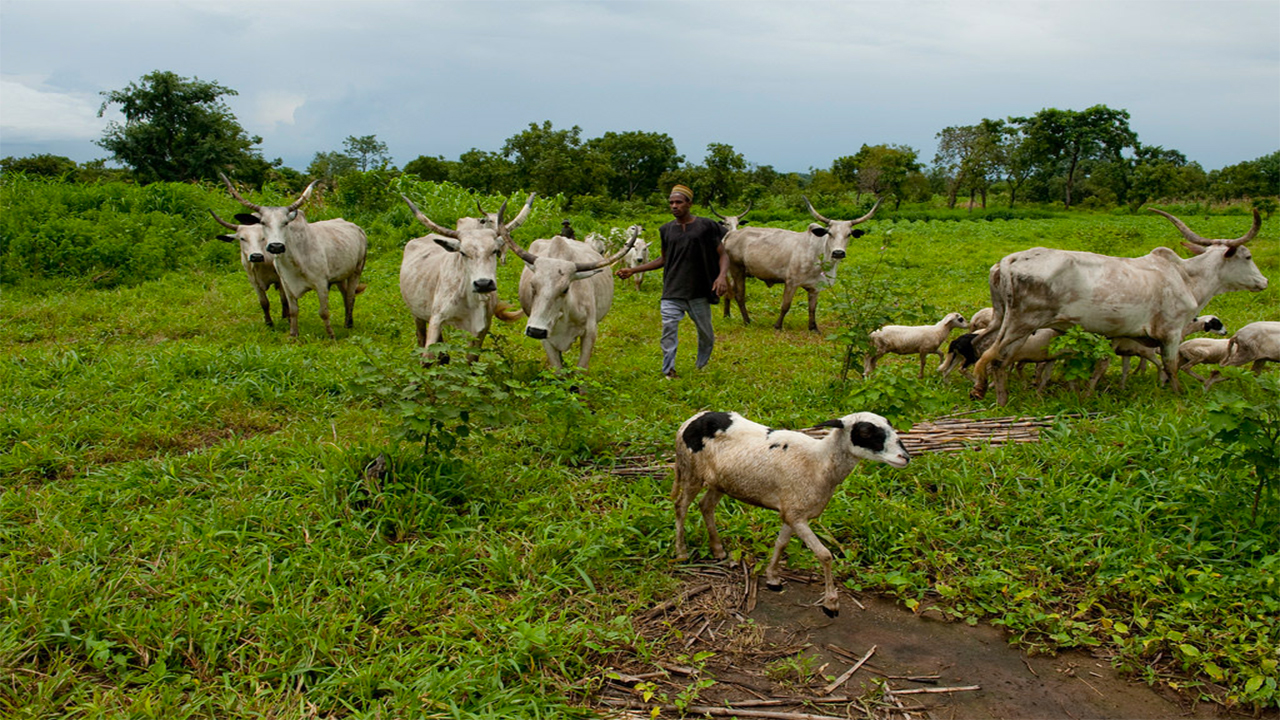 This paper is presented by Professor Funmilayo Adesanya-Davies, a woman. As the only woman, making a presentation, looking at the grazing bill through the eyes and perception of the woman will be one of the wisest things the National Assembly will have to do. The reasons are not farfetched. She is the mother of not just her children but the nation's children. Also, she is fashioned by God, the creator to be a fitted help, not only for her husband but the whole community of men.

As a mother, I see this bill rather than an attempt to give the Fulani herdsmen space, but as an attempt to institutionalise Boko Haram throughout the country and cripple our children with fears of a people, who rather than love human beings, are more caring and more intimate with their herds. Fear has torments and as mothers, we see our children being tormented physically and even psychologically and emotionally. Time will not permit me to do justice in analyzing the nature of the torments and their effects on our children. As an adult, let me recount my ordeal as a university professor, living near students’ hostels on the University campus.

I have Fulani Nomads living behind my house in Port Harcourt. They are wild, uncivilized and inaccessible. They wake us up at four 4 o’clock am daily and make everyone including all my students living in several four 4-storey buildings nearby have high blood pressure. I hope those buildings will not crash soon around my university. When I offered to buy them a grinding machine, they said pounding is their culture, yet their women showed me bleeding blistered hands. When I insisted that I would buy the grinder, they asked me how I would be fuelling it. When I told them to go to the nearby grinder to grind, they said they don’t have N20 naira to grind. When the Iwofe University community told them that they would be reported to the police authorities, they threw such great tantrums threatening that they would wipe away the entire university community and the whole Universe!

Their utterances and actions portray that they are ABOVE THE LAW. Everybody and even farmers who cherish life are terrified of them as they kill, rape, bomb, loot and maim anyone that entreats them. I had to go and complain to my brother, the Alhaji, who was hosting them on his land in Port Harcourt, to please intervene; which he graciously obliged me.

This should not be treated as an isolated case because I represent the so many women of Nigeria who may never be confident enough to present a memorandum of this nature. I carry their pains and anxieties here because I am a woman like them. As wife, I wish to kneel down and beg our men not to allow them to spread this hostility for whatever reasons which they may be advancing, not at this point in time in our history as a nation, when we are struggling with Boko Haram Insurgents.

I will cite a second testimony as a Kwaran from Ira, Kwara State Nigeria. For some time now, whenever, I go home, I observe that the women do not go to their farms anymore. Upon enquiry from the Oba and the women themselves, they explained that the Fulani herdsmen have taken over all their farms with all their crops are eaten up by their cows. They further exclaimed that the herdsmen rape and kill if they dare sight them on their farms. The men also do not bother going at all. The Kabiyesi said he has intervened, but the policemen are also afraid of the Fulani herdsmen. So the Farming occupation has thus been truncated. GOD help us!

To my mind, the Fulani herdsmen are business people like others seeking opportunity to market and enlarge their industry. Even now doctors are warning that red meat consumption should be curtailed and not as healthy as we thought. What right has the Nigerian Government to forcefully take community lands by legislation to enlarge the Fulanis cow business? Is it that other livestock farmers eg snail, goat etc. will also in every State be given a land as they desire for the enlargement of their businesses throughout the country? Is this the wish of the average Nigerian or is it that the Fulanis have terrorized us so much such that our husbands have become cowards to please them? God forbid! If our husbands will not protect us, we will have no choice but to move out on the street, if this bill is passed, to be killed by the bullets of our motherland.

The Federal Government plans to encourage the Cow Fulani Breeders to establish private Cattle Ranches and Grazing Reserves which is outdated, unscientific and unsustainable. That the nomadic culture of moving cattle from one place to another is not economically sound and that the culture should change for the creation of private cattle ranches with access to all the necessary amenities like schools, hospitals, Banks and proximity to Agro allied industries like Dairy, Tannery and Beef Production.

The startling statistics on the un-productivity of the current nomadic system is evident. The population of Cattle in Nigeria is 15million as against Brazil’s 220 million. Our dairy/milk production is extremely poor with 1L/cow compared to Brazil and Saudi Arabia of 30-40L/cow). Saudi Arabia produces 10 million pints of milk daily while Nigeria spends $1.32 million annually on importation of milk powder.

The Government is to assist Breeders with grazing grass seed and other incentives.

A)     Grazing reserve/grazing route is unsustainable, conflicts with Land use act of our constitution that vested the power on land allocation to State Governors and not the Federal Government. It is also prone to conflicts with host communities and Farmers.

B)      The best solution is private ownership of modern day cattle ranches with access to veterinary services, Schools, Irrigation/water supply and other social amenities

C)      It is wrong for Federal Government to seize a community land and give it to Private businessmen who are cattle breeders as it favours one group at the expense of others.

D)     The land mass in Northern Nigeria far outstrips what obtained in the South. The entire South eastern states have a land mass of 28,982 km2 which is smaller than Kogi State (29,582 km2)!

The entire southern states in the west, east and south south is less than a third of the land mass in the North. It is therefore wrong for Government to allocate land from the South to breeders from the North.

E)      Sambisia forest which is approximately 60,000 Km2 and has more than 6million hectares of land can be used as a national ranch where all breeders from different parts of the country can breed their cattle. This will help to develop the area and derive Boko Haram their haven.

F)      That the Fulani Herdsmen causing havoc, raping women, and armed with sophisticated weapons is a grave security threat to the country and should be treated as terrorists.

H)     The idea that grazing reserves as a panacea to the problem is not only archaic, but unscientific, unsustainable and most modern nations including Saudi Arabia have introduced ranches instead of Nomadism.

I)        Moreover, cattle rearing as practiced in Nigeria  is a private business, therefore it is unfair for Government to acquire land from Farmers which is their only means of livelihood and give same to the Fulani Herdsmen free of charge.  In summary, we advocate the Ranching system which will restrict every Farmer to his own portion of land thus eliminating incessant clashes and unnecessary loss of lives and properties.

RECOMMENDATIONS BY CHRISTIAN ASSOCIATION OF NIGERIA (CAN)

1.   No grazing rights, routes or reserves (3Rs) because it is private business and tax payers’ money should not be used as in other normal private businesses in the country.

2.   Loans should be sourced for through banks, Federal/State ministries, like other businesses in Nigeria to facilitate their education as an association to improve themselves so that they can fit in with 21st century Nomad practices in line with the millennium development goals. It is a well known fact that the Federal Government has released billions of naira for Grazing Reserves in Northern Nigeria which we presume should be enough.

3.   Lands should be sourced at state level or through Northern Governors’ forum where the cows will be in their natural habitat in northern Nigeria. This should not be done by COERCION, MANIPULATION, INTIMIDATION, ENFORCEMENT OF LAW or THE PASSING OF ANY BILL INTO MOTION but with PERSUASION and ENCOURAGEMENT. State Governors should be adequately educated on what they stand to benefit.

4.   Ranches/Reserves should be restricted to state of origin of Nomads or anyone into animal husbandry and the remaining untapped, uncultivated vast land space on the entire planet which happens to be in Northern Nigeria.

5.   Chief Awolowo said “Tap and pipe water from the Atlantic Ocean to irrigate the whole of Northern Nigeria like other deserts of the world and you will feed the entire world from here”.

6.   There should be no driving of herds all over the nation as the excuse to mass murder Nigerians in the South.

7.   All Nigerian borders should be tightened, because most of these so called Fulani herdsmen who are actually Boko Haram and illegal immigrants from neighbouring Niger, Chad, Burkina Faso, Benin Republic etc. They are definitely not our Nigerian brothers.

1.   WE BELIEVE THAT THE NATIONAL GRAZING BILL IS A SUBTLE WAY FOR THE FEDERAL GOVERNMENT TO ISLAMISE NIGERIA. So, in order to alleviate and prove our fears wrong, such a BILL SHOULD NEVER BE PASSED INTO MOTION because it is not a LEGISLATIVE ISSUE.

2.   We are of the opinion that there should be constant dialogue with all the stake holders to formulate a holistic plan that will promote peace, harmony and advancement of our Livestock industry, so that we don’t divide Nigeria into Southeria and Northeria either overtly or covertly.

GOD BLESS YOU ALL!