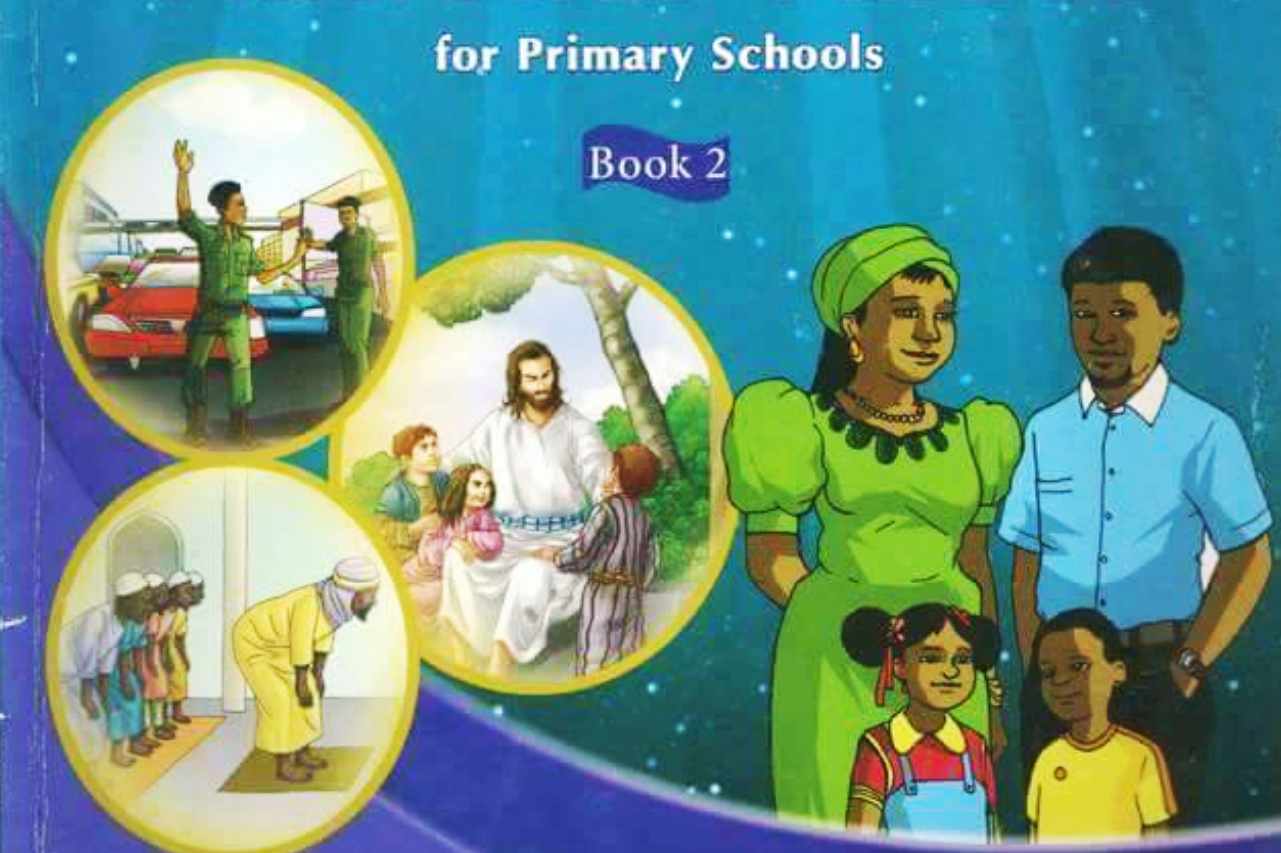 I have attached some very controversial portions of the curriculum as it relates to religion. It is rather unfortunate that this curriculum was approved by President Goodluck Jonathan's Administration who is supposed to be a Christian from the South South when Prof Mrs Ruqayyatu Ahmed Rufa'i was Minister of Education.

It is more annoying that Chief (Barr) Ezenwo Nyesom Wike was the Honourable Minister of State for Education at the time of approval. Wike is the current governor of Rivers State, another Christian from South South, and to worsen matter, the document was signed by Prof. Godswill Obioma, a Christian Iboman!!
Please don't misunderstand my comments; it is not about politics (PDP or APC) nor tribe and tongue, this is an affront on the kingdom of God by creating doubts and confusion in the heart of our children, the hope of tomorrow!

Some of the offensive/controversial parts of the curriculum include
1. The supremacy of prophet Muhammad(pbuh) over all other prophets or religious icons
2. That the glorious Quran is the final authority of Allah.
3. Children could disobey their parents if they refuse them to follow Allah (can you imagine that this curriculum was written for minors (Primary One Pupil to JSS3)
4. Prophet Isa (pbuh) that Christians know as Jesus Christ did not die nor was crucified.
5. It is a compulsory subject comprising Christian Religious Knowledge, Islamic studies, Social studies, and National Security all in one subject called Religion and National Values curriculum
6. All the children including those of other faith apart from Islam are to learn, memorize and recite the Quran/Arabic language.

Following the decision of the Federal government to introduce the Universal 9-year Basic Education Program, the Nigerian Educational Research and Development Council (NERDC) restructured and realigned all extant primary and junior secondary schools (JSS) Curricula into a 9 year Basic education curriculum which commenced in 2008.  This curriculum was recently revised by the Federal Ministry of Education through the NERDC. Part of the revised curriculum is the omnibus subject called Religion and National values.
Religion and National Values is said to be the merging of formally independent subjects such as Christian Religious Studies, Islamic Studies, Civic Education, Social studies and Security Education into one compulsory subject.

Given the fact that it is the duty of Government to provide functional education to her citizenry which is in line with the United Nations Declaration on human and people’s rights, the Constitution of the Federal Republic of Nigeria and even the Child Right Act of 2003; curriculum review is a welcome development. A review should eliminate subject matter overlaps, redundancies and enrich curriculum quality through the infusion of emerging issues. However, this duty, as exercised in this respect is faulty. A holistic view of the rights – both as enshrined in the Constitution of the Federal Republic of Nigeria and the Child Rights Act point to the fact that the parents or legal guardian should be taken into consideration in any matter that affects the interest of the child.

Unfortunately, the current educational curriculum did not take all these into consideration. In fact, parents as stakeholders were not consulted before the formulation and implementation. For instance, the Right of the child not to be exposed to a contrary religion outside those of his parents / Guardian is not taken into consideration by this curriculum. This has been made possible because the NERDC approved textbooks for this subject contain materials on both Christian religious studies and Islamic studies. This is of immense importance as the majority of children that attend the basic schools are minors (less than 18 years of age).

According to section 38 (2) of the 1999 constitution as amended, no person attending any place of education shall be required to receive religious instruction or take part in any religious observance that is contrary to his religion or religion of his / her parents or guardian. Also, subsection (1) of the same section 38 makes it explicit that freedom of worship is sacrosanct.
Further to this, Child Right Act 2003 section 7 (1) says every child has the right to freedom of thought, conscience and religion.

Subsection 2 saliently captured the role of the parents in enforcement of the right in subsection 1 as follows: “parents and where applicable legal guardians shall provide guidance and direction in the exercise of those rights having regard to the evolving capacities and best interest of the child”. Then the issue of consent of parents or guardian necessary before the formulation and implementation of the curriculum is graphically stated in subsection (3) as follows: “The duty of parents and where applicable legal guardians to provide guidance and direction in the enjoyment of the right in subsection (1) of this section by their child or ward SHALL BE RESPECTED BY ALL PERSONS, BODIES, INSTITUTIONS AND AUTHORITIES.”
The import of this curriculum is that compulsorily, the pupils / students would be exposed to contrary religions whether Islamic or Christian.  For example, in one of the textbooks, it is stated “Do not listen to your parents if they prevent you from accepting Islam”. While such a statement may be acceptable to a Moslem parent, such statements and more offends the beliefs of Christians. It therefore negates the idea of inculcating basic values as intended by the revised curriculum.

In the light of the above, it is our position that
1.Christian Religious Studies and Islamic Religious Studies should be allowed to stand separately and be studied as independent subjects with separate textbooks just like the Nigerian languages (Hausa, Ibo and Yoruba) in line with the previous curriculum.
2. Relevant authorities responsible for introducing this new curriculum should as a matter of urgency reverse the curriculum and revert to status quo ante.
3. Attempts to make this omnibus subject compulsory, for the Basic Education Certificate Examinations should be discontinued.
4. There should be a public hearing on this to galvanize the opinion of parents on a matter as sensitive as this.
5. Federal Government should device means of confronting directly those who propagate violence and religious intolerance rather than making a compulsory subject of the religions as Nigeria has no National religion.
6. Furthermore, the disadvantage of this omnibus integration outweighs whatever could be the advantage. When five subjects are merged into one, it is obvious that detailed work cannot be achieved both in writing of the textbook and the teaching. The child would be made to struggle to learn and comprehend five-in-one subject, which is not going to be easy. The result would be penny wise, pound foolish as excellence would be sacrificed at the altar of social integration.

You can also obtain the full copies of the textbooks from the Publishers:

Religion and national values for primary schools book 2 and 5

Thanks and God bless.