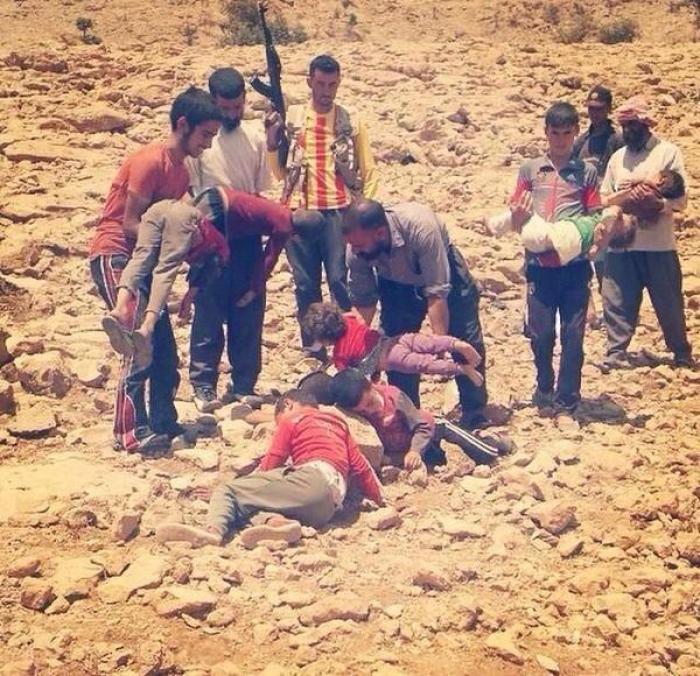 The Christian genocide taking place in the Middle East currently has reached alarming levels. Last week, the jihadist terrorist group ISIS, which means the Islamic State of Iraq and Syria – although it is unrecognized as a nation – took over Qaraqosh, the largest Christian town in Iraq, warning Christians to “leave, convert or die.”

They are systematically beheading children. It is a part of an unprecedented, recent effort by the ISIS to extinguish Christians from northern Iraq. In 2003, there were about 1.5 million Christians in Iraq. After the Iraq War, that number dropped to as low as 200,000.

ISIS captured Mosul in June, so Christians there fled to Qaraqosh, population 50,000. ISIS warned Christians in Mosul to leave by July 19th. The houses of Christians in Mosul were painted with the letter “N,” meaning Nasare, the Muslim word for Christians, which comes from Nazareth, Jesus’s hometown. Their property was confiscated, including jewelry and wedding rings – sometimes chopping off their fingers to get them. Their churches were bombed, which has been caught on video. Catholic Online has compiled some of the more graphic photos of the barbaric, torturous executions. Many Christians were crucified due to the humiliation of Christ’s crucifixion. There are reportedly no Christians left in Mosul.

Within the past few months, ISIS has taken over Fallujah, Tikrit, and Tel Afar in northern Iraq. Composed of radical Sunni Muslims, ISIS is also terrorizing Shia and some Kurdish Muslims. Besides eradicating Christians, its goals include removing the Shia Muslim population. Next, it is going after certain Kurdish Muslims, marching toward Erbil, the Kurdish capital of Iraq.

“All I hear is silence,” says Father George, an Assyrian priest struggling to take care of 40 families that have registered at his church so far.