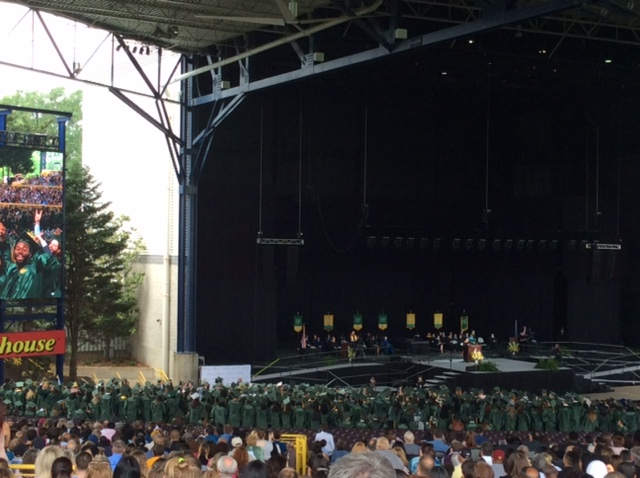 On Friday May 17, 2019 one of the 276 schoolgirls abducted by terrorists in Northern Nigeria in 2014 earned an associate degree from a community college in the United States of America. Her graduation day came 5 years, one month and three days after the ignoble mass abductions that sparked global outrage and ignited the #bringbackourgirls campaign. 23 year old Palmatah Mutah who escaped that fateful April night by jumping out of a Boko Haram truck becomes the first escaped Chibok girl in the world to obtain an associate degree from an institution abroad.

Many Nigerians were shocked that most of the 57 Chibok students who escaped could not speak English although they were final year students. However Ms Mutah proved to be an exceptional candidate and after just one year in a two-year programme in the US meant to enable them complete their high school education, she took a Community College entrance exam and passed. She was the only one out of 10 Chibok girls sponsored to school in the US by international human rights lawyer Emmanuel Ogebe to make it to Community College within the first year of arrival.

In January 2016, Ms Mutah along with two other non-Chibok victims of terror and persecution from northeast Nigeria who had also successfully passed the entrance exams began their academic sojourn in a Community College in Washington metro area. One of the three gifted schoolgirls who was orphaned by Boko Haram in Maiduguri graduated last year with an associate degree in Science while Ms Mutah also obtained her associate degree in science.

By contrast, her Chibok classmates who were whisked out of school in a hostile takeover by the Nigerian Embassy in 2016 are still battling with high school certificate and university entrance exams three years after despite all the promises and enticement of the Buhari administration. Ms Mutah, who had rejected all entreaties and threats from the Nigerian embassy’s agents to denounce her benefactor Mr Ogebe and drop out of the schools he secured for her, however came out tops despite declining.

In addition to her courage, character and intellect, Ms Mutah was also active in her campus Christian fellowship group. She volunteered in her church and also participated in the church’s seasonal mass choir. Ms Mutah has also shown exceptionality in other sectors of life. She learnt to drive a vehicle and obtained her Driver’s license. She drove herself to school for over a year and also drove her classmates as well.

On the whole Ms Mutah is a well-adjusted, fully-assimilated “All-American” young adult with grace, poise and balance. She models the ideals of what young girls given opportunity can blossom to become.

Sadly 5 years, 1 month and 3 days later while she is advancing in life, 112 of her classmates remain in terrorist captivity in what is currently the world’s longest-running mass abduction. The fact that under the Nigerian Government and Murtala Mohammed Foundation, her Chibok classmates with whom she came to US have also made no appreciable progress beyond high school level after 3 years and millions of dollars spent, indicates it is not only terrorist captivity that can delay academic progress.

Ms Mutah’s success was a derivate of personal integrity, principle and discipline coupled with mentorship, nurture, faith and love. To underscore this point, Ms Mutah’s other classmates who did not succumb to the Nigerian Government’s hostile takeover in 2016, successfully graduated from High School in 2017 also making history as the first escaped Chibok girls to obtain their diplomas abroad. While they are now in university, their classmates who dropped out of school and followed the FGN are still struggling with high school equivalency certification.

Ms. Mutah’s determination, courage and tenacity are not new. In 2014, she refused to abandon her classmate in Sambisa forest when she jumped after her and injured her legs. “How will I face your parents and tell them I left you in the forest?”, she replied when he friend asked her to leave and save herself. It was that friend who when given an opportunity to school abroad by human rights lawyer Emmanuel Ogebe then recommended Ms Mutah to be considered for school in America as well.

Ms Mutah again displayed remarkable perspicacity and tenacity during her escape when she went in search of help for her friend and found a Herdsmen who didn’t want to help.

“If you don’t help us, no one will,” she insisted until he finally went back with her on his bike to rescue her injured friend and took them to another village after his wife tended to them.

Speaking about her achievement, her benefactor, Barrister Ogebe said, “the graduation of Palmatah is a highpoint of 5 years of toil and travail. Weeping may endure for a night but joy comes in the morning … The government of Nigeria got over $25 million because of the Chibok incident but didn’t send her to America. The US government didn’t spend one dime on her. An American NGO raised $1 million from the Chibok story and did not spend one dime on her. Yet through it all by the special grace of God she has made it today. She has been a worthy ambassador of Nigeria and of Chibok and especially of the still missing 112 classmates.”

“I am especially thankful to God for vindicating and honoring our sacrifices and struggles for her. Some people said they were not ready or worthy of America but we took the risk all the same. She has proven that any child with the right attitude can reach altitudes. I am also grateful to those who helped us support her these past few years.”

At the graduation ceremony of her college which is the 14th largest in America, she was one of less than 100 students on international visas from 45 countries to graduate. During the recognition of special classes of students, she stood up amongst those who speak more than 2 languages and those who were the first graduates in their families. 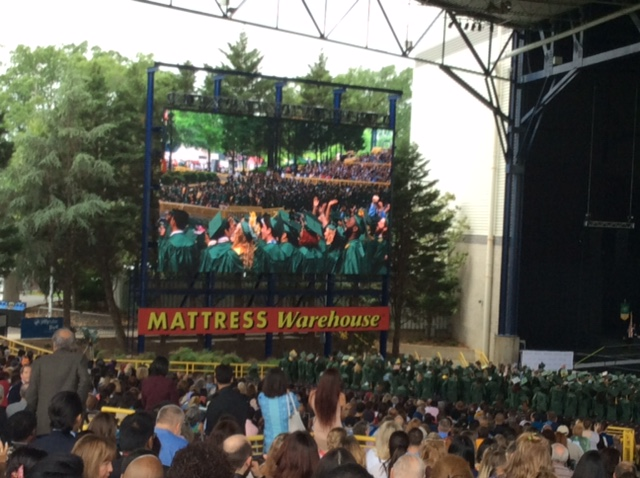 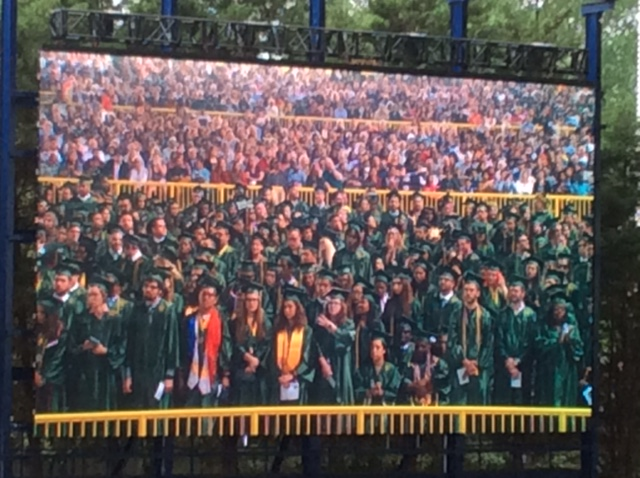