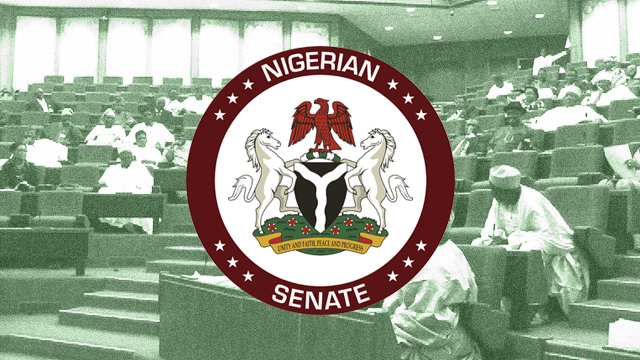 Since the proclamation of the 8th Assembly, I have noticed a consistent effort to emasculate the National Assembly, particularly the Senate. This matter has assumed an alarming intensity in the recent weeks and I am getting really worried for our democracy.

First effort, was the challenge to the power of the Senate to confirm certain executive appointments. Both the constitution and other extant laws gave powers to the Senate to approve, confirm or ratify specific appointments from ministerial through Commissions, Security service leadership, Boards and Agency leadership. But we have seen some effort to deny this power of the Senate. The classical and subsisting case is the refusal of President Muhammadu Buhari to replace Ibrahim Magu as the Chairman of EFCC after the Senate rejected his nomination twice due to adverse reports from a sister Security agency-DSS. Three years down the line, the President has ignored the Senate and has kept Magu on the job, effectively rendering the Senate irrelevant and impotent.

Second, there has been an effort to deny the National Assembly the power to appropriate. The Executive along with its cronies like Prof Itse Sagay have insisted that the National Assembly's power is only limited to rubber stamping the budget submitted to it by the Executive. It can not add or remove. That argument almost stopped the signing of the 2017 Budget as the Executive stubbornly stuck to its gun cheered by its advisers. Where this position came from can not be fathomed, because all over the World, especially in Countries practicing the Presidential system of Government, the Congress or Senate is fully empowered to carry out appropriation and approval of National budgets. Infact, perhaps encouraged by this erroneous view, President Buhari paid 496 million US Dollars to the United States of America for the purchase of Tucano aircrafts without the approval of the National Assembly. This decidedly unconstitutional action was carried out brazenly. Nigerians were alarmed. The National Assembly was scandalized.

Some Senators stated that the President should be called to order for this breach. There were suggestions on the need to proceed on impeachment notice to the President. The Executive felt incensed and took very unusual steps to humiliate the Senate and the Senators who raised the issue of the constitutional infringement. Senator Mathew Urhoghide was attacked by sponsored thugs at Benin Airport for daring to ask that the constitutional provisions for spending the nation's  money without legislative approval be  invoked. While individual senators were being targeted for punishment, a decision was taken to completely humiliate the Senate. A team of thugs was commissioned to walk into the Senate Chambers while in session, and to spit on the faces of all the senators. They walked majestically into the chambers, took the mace, walked out majestically as they came, cracking the heads of those who dared stop them. They came out from the chambers and drove away through the Aso Rock Villa gate of the National into safety. And that ended all the story about constitutional infringement or impeachment. Emasculation and humiliation in double dose!

Third, the power of the Senate to summon public officers to the senate has been variously challenged and it looks like the Executive has succeeded in removing that power completely. Custom CG Hameed Ali was summoned severally, he refused to come, but showed up once or so and when he was requested to come dressed in his official uniform, he flatly refused to return to the Senate, with or without the uniform and as we write, more than a year after, the guy continues to run the Customs,completely ignoring the senate and nothing has happened to him and nothing may ever happen to him, given the apparent impotence of the Senate. The Senate invited Prof Itse Sagay and this law professor said he would not honour the invitation and he did not and nothing has happened as this senate has become completely powerless.

It is therefore  not such a great surprise that they have invited IGP Ibrahim Idris to the Senate three times to come and discuss the rapidly deteriorating security situation in Nigeria. Three times, Idris ignored the Senate, sending a deputy instead. I was really miffed by his third refusal, because two days before this, the leaders of the National Assembly had met with the President during which they complained about Idris's intransigence and disdain to the Senate. Thinking that it was a fence-mending meeting where the President appealed to them to get the 2018 passage passed, I had hoped that he would reciprocate by ordering Idris to honour the invitation. As it turned out, the President may never have talked to Idris or Idris may have ignored the President's directive as he was won't to doing. For me this was the height of humiliation for the Senate. What did the senate do in response? Issue a lame statement saying Idris was an enemy of democracy and was not fit to hold public office in Nigeria. What does that come to? Idris is holding a critical public office right now as IGP. What would have happened to these apparently subdued senators if they had mustered the courage to ask the President to remove Idris as IGP as a minimum. By this lame lamentation, it is clear that this Senate is completely emasculated and has become a lame duck.

The lameness of this Senate got me almost shedding tears last week, when I saw the senate President sitting on the senate floor, yielding the Chair to his deputy as his complaint about a plot by the Police to link him and the kwara State Governor to some incident of murder in Kwara State was being discussed. I felt sorry for him, the No 3 citizen of the Country lamenting like a powerless baby. But tears actually rolled into my eyes, when one senator who was contributing to the debate on Saraki's complaint, described how his police Escort team was unceremoniously withdrawn in the middle of the night in Jos,as a reprisal for his criticizing IGP Idris for his repeated refusal to honour the Senate's invitation. I cried not for the Senator, nor for the Senate President. I cried for Nigeria.

The question must then be asked, in whose interest is this deliberate effort to make the Nigerian Senate and by extension, the National  Assembly impotent? For me,it is certainly not in the interest of democracy. The National Assembly is the essential governance institution that differentiates civilian democracy from military rule. It is set up to check executive recklessness and prevent the Country from becoming a dictatorship . In Nigeria's long history of military rule, it was always the independent legislature that was missing as both the Executive and judiciary remained in operation,even if in some distorted forms. Yes, some Nigerians do have issues with the Legislature- high pay, low productivity etc or with specific legislators for poor representation & sundry misdeamanours but it must be said that the National Assembly is such a critical democratic institution that any attempt to erode its power and influence is an attempt to diminish democracy and promote autocracy or dictatorship. When an executive wants to begin to spend money without seeking Legislative appropriation or appoint people to offices without any senate clearance or borrow money externally without any legislative endorsement, then we are on the road to impunity and dictatorship. I do not see how this can be in the interest of the ordinary Nigerian. Because if it were, Nigerians would not have given their lives to return their Nation from military rule to democracy.

I know for sure that part of the reason for the onslaught on the National Assembly, particularly on the Senate is that the current leadership emerged against the wishes of the ruling party- APC. And that's why the Executive has done everything possible to remove Saraki from office and to humiliate his supporters. Everybody knows why Senator Melaye is being dragged through the streets of Abuja and being taken to Court in a stretcher- vengeance.  But should an arm of government go out or allow another arm to be humiliated or destroyed just to get even with one or two members of that arm. Should we allow the baby to be thrown away with the supposedly dirty water? Must we destroy Nigeria's hard-earned democracy to satisfy the ego of a few 'gods'. But in all these, our politicians must learn the lessons that what goes round,comes round; that no condition is permanent and that what ever one sows, that he will also reap. But for the peace of Nigeria and the sustainability of our democracy, this siege on the National Assembly,particularly the Senate must be lifted now. And the Senate must wake up to assert its power with courage and check the emerging drift to dictatorship.

This email address is being protected from spambots. You need JavaScript enabled to view it.