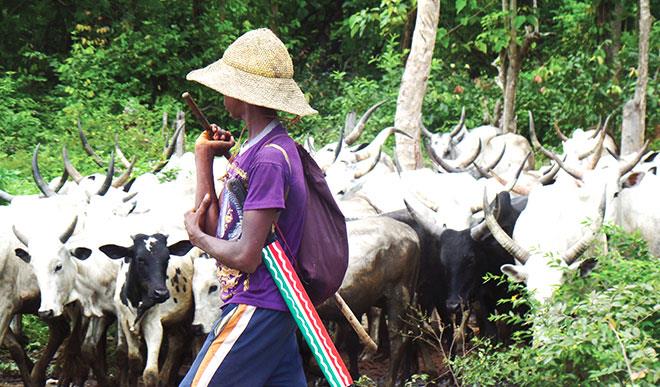 Since I arrived here the day before yesterday, the attacks have continued daily.

Three people returning from the same funeral I attended for the murdered priests were brutally butchered by the Killer Herdsman on Tuesday.

In the governor’s speech I included in my last update, 492 people had been killed by the Herdsmen. By evening of the same day, the death toll had risen to 495 from the latest attack.

As we thronged for the funeral in a mass of humanity, I remember thinking to myself that if the terrorists’ attacked us here, it would be a bloody massacre. Little did I know that they were actually lying in wait to pick off individual mourners as they returned from a funeral not knowing theirs was next. Indeed now I can understand why a bishop said people have to sleep with one eye open out of fear...

Yesterday the Herdsmen attacked the military and injured many. If there were fatalities, it’s being closely guarded by the government.

Also yesterday, a US official alerted me that a team of health workers were abducted here while conducting mass immunizations and seeking my assistance. In speaking with officials, I understand that their vehicle has been recovered and communications have begun.

These were 4 contractors for the USG. Some of this information is not public and I share only for this group.

There’s a concern that if it’s the Herdsmen, they don’t always return hostages alive even after collecting ransoms. Incidentally two years ago a beloved catholic priest was abducted by the Herdsmen. His body was found weeks after the ransom was paid. http://www.informationng.com/2016/09/police-arrest-four-suspected-killers-of-catholic-priest.html

I understand that the two priests and 17 parishioners buried this week were killed on the 2nd anniversary of Father John Adeyi’s death.

It is hoped that the health workers are held by a proxy criminal gang who might be open to negotiations.

However I recall that two CRU missionaries returning from a Jesus Film showing disappeared in this area last year and have never been heard from. Like the health workers, their vehicle was recovered...

Things are so bad that Nigeria’s Nobel Prize Laureate who came to town today declared that this is genocide. With daily killings averaging over 100 a month in just Benue State, I can’t think otherwise.

There’s such a sense of anomie here that all we can do is wait for what will happen tonight...

A contact at the US embassy called to warn me about my road trip back. He narrated how Herdsmen swoop on unsuspecting motorists who have car breakdowns in broad daylight. We’ve fixed our vehicle for the trip back knowing that’s the most we can do besides riding on the wings of a prayer...

Here is a press statement demanding the arrest of the killers of Rev Fathers’ Joseph and Felix. I also demand a status report on the murders of Father John Adeyi and thousands of others prior to escalating this to the International Criminal Court https://www.facebook.com/USNigerialaw/posts/1875520156081313

This week the EU Special Envoy on Religious Freedom and lawyers from the International Criminal Court are here on fact-finding missions. But don’t worry - they are safe in fine hotels in the capital city. I hope the US Ambassador at Large on IRF will not be similarly ensconced...

Please say a prayer for Nigeria and Benue State.