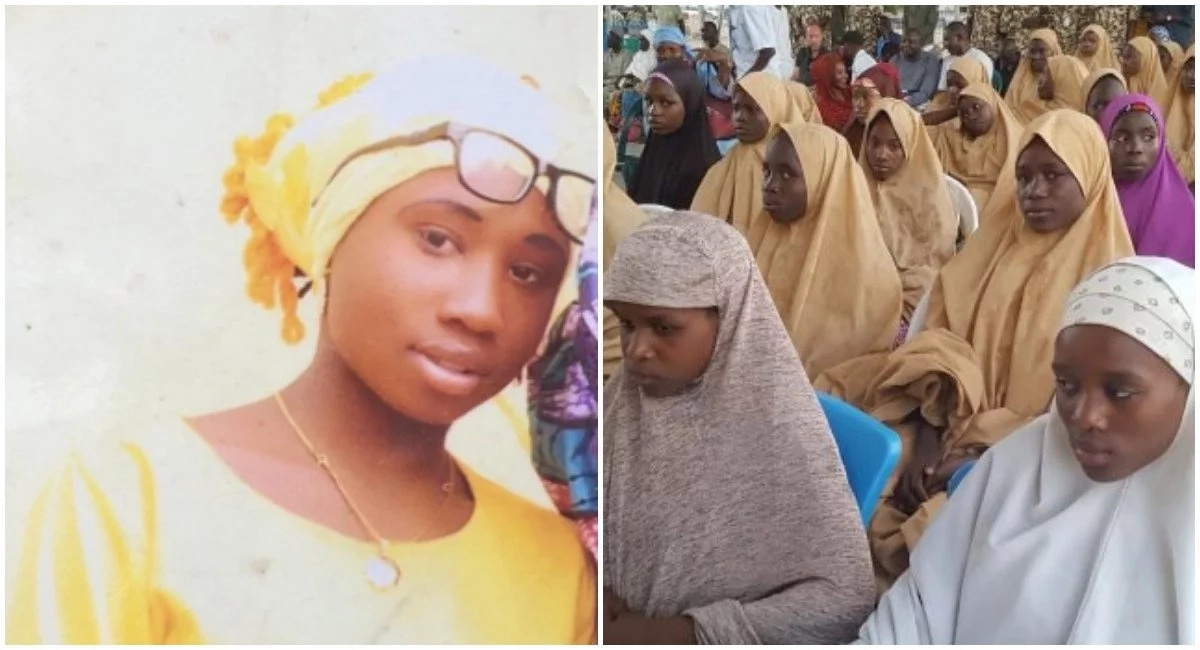 The Christian Association of Nigeria (CAN) rejoices with the families of 104 Dapchi schoolgirls who regained their freedom from the captivity of the Boko Haram terrorists after the intervention of the Federal Government.

The Association, is however, deeply worried, surprised and disappointed that not all the girls were rescue and indeed, that one of them was left behind simply because of her Christian faith .

This has once again confirmed our position that the primary target of the terrorists are the Nigerian Christians as severally professed by their spokesman, Shekau.

We are deeply troubled and disturbed that negotiators brought in by the Federal Government made feeble attempts to secure the release of Liya Sharibu who insisted on not renouncing her faith and converting to Islam, a development that affirmed that Christians are endangered in their own country.

To us, the development has brought to the fore past incidents in which some Christian girls were kidnapped, forcefully converted to Islam and forced into marriages without the consent of their parents in some states in the North.

We are said that all our cries for government’s intervention and that of relevant security agencies over the callous, ungodly and wicked acts intervene have been falling into their deaf ears.

Liya Sharibu is still being kept in the captivity, facing untold psychological trauma and yet the Federal Government was keeping mum until people cried out on the social media as if her life does not amount to anything! If she means nothing to the government and the security agency that held the talk with the terrorists, the life of that innocent girl means a lot to her parents and to so many Nigerians, irrespective of their religious affiliations.

It is more regrettable that the Amnesty International and the military authorities have still not come to terms on the perceived negligence by the security agencies that led to abduction of Dapchi girls, a development we view as a national disgrace especially when we recall the unpatriotic roles some security operatives reportedly played in the abduction of the Chibok girls in 2014.

And CAN, against this backdrop, condemns in strong terms the politicization of the abduction and release of the innocent Dapchi schoolgirls, appealing to politicians to live up to the expectation in the discharge of their official assignments.

It is against this background that CAN makes the following demands:

1. Liya Sharibu must be set free to reunite with her parents, unless the government is telling us that the lives and property of Christians are no longer secure in this dispensation.

2. The Federal Government should set up a high power judicial panel to investigate the abduction of the school girls with a view to unmasking those behind the abduction and make them face the full wrath of the law.

3. The report of the panel purportedly set up by the Presidency to investigate the abduction should be released immediately to the public.

4. The National Assembly should conduct a Public Hearing on the Dapchi abduction saga to expose any cover up.

5. The Federal Government should name the five students said to have died while in captivity with compensation paid to the bereaved parents.

6 We also demand the immediate release of the remaining Chibok girls from the Boko Haram captivity and reunion with their families.

7.We once again demand a total re-organisation of the security agencies aligned with professionalism that will make them respond rapidly to security challenges in any part of the country. We desire a proactive security system.

8. We demand an assurance from the Federal Government that Christians are not endangered species under the leadership of President Muhammadu Buhari.

You may please assist in immediate dissemination of this statement to the public.

May God deliver our country.