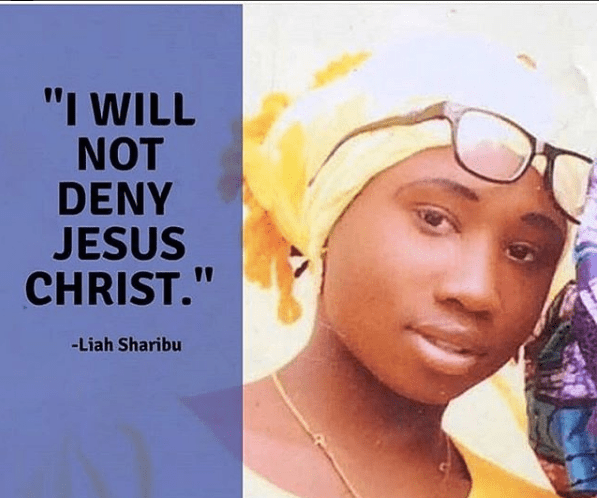 One of the parents of the Dapchi schools girls just released by their abductors, Sharibu Nata, has confirmed the released of some of the abducted girls, but with the exception of his own daughter, Liya Sharibu.

Sharibu said his daughter, according to information at his disposal, was told to embrace Islam to regain her freedom but she refused. The terrorists were said to have  returned 105 girls in nine vehicles same way they took them away.

He said while he was sad that she was not among those released, he is happy she did not denounced Christ.

Sharibu spoke to Political Platform, on RayPower 100.5 FM and the interview is reproduced below:

Interviewer: What is the situation how many of the girls have been returned?

Sharibu: I’m not in Dapchi, I’m on duty call. I called those in Dapchi and I was informed that my daughter was not released.

Interviewer: How many have been released?

Sharibu: All of them were released. They said some were dead there and my daughter is alive but they said she is a Christian and that is why they cannot release her. They said if she wants to be released until she converts and become a Muslim and she said she will never become a Muslim.

Interviewer: Which of the parent whose daughter has been released have you spoken with?

Sharibu: I spoke to about five to six of them whose daughters were released.

Interviewer: So, are they presently with their daughters as we speak?

Sharibu: Yes, they are presently with their daughters in Dapchi according to report.

Interviewer: How were they released?

Sharibu: They were dropped inside Dapchi by Boko Haram this morning (Wednesday).

Interviewer: Around what time where they released?

Sharibu: Well, it’s not up to 30 minutes (9:20am to the time of interview) now since their arrival.

Interviewer: So what’s the mood in Dapchi now, I guess jubilation?

Sharibu: Yes, jubilation but only my side, I am very sad but I am also jubilating too because my daughter did not denounce Christ.

Interviewer: What is the name of your daughter?

Sharibu: Her name is Liya Sharibu.

Interviewer: And you were told because she refused to become a Muslim that’s why they refuse to release her?

Interviewer: We pray and hope that she will also be release along side the others.