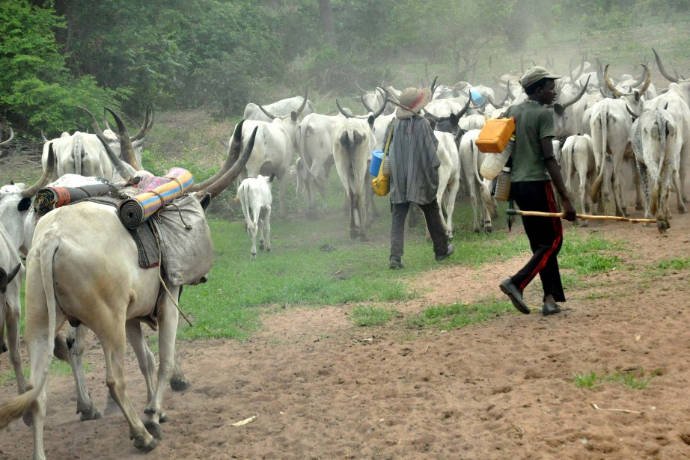 A 35 years’ old father of 10 reportedly killed and two of his wives, who sustained fatal gunshots injuries, in a recent herdsmen attacks in Utonkon in Ado local government area of Benue State, are writhing in pains after having been discharged from hospital with bullets still inside their bodies.

The two women, according to eyewitness, were shot along with their deceased husband by Fulani herdsmen in the afternoon of the fateful day when they were heading to the market in Utonkon, on a motorcycle, on Christmas Eve, 24th December, 2017.

While the husband, Mr. Onah Abandoned, died instantly from the gun shots, the two wives, Regina and Agnes Abah, were (both in coma) taken to Royal Specialist Hospital located at Agatu Street in Otukpo, for treatment.

In a phone interview Sunday, the deceased’s senior brother, Odah Abah, and another person, Clement Adah, lamented that Mrs. Regina was discharged from hospital with pains of bullets inside her body, while Agnes, under treatment with bullets yet to be removed from her body.

The deceased brothers said their late junior and wives were attack precisely at O’dontor, near rail-crossing, with direct gunshots, while the deceased was riding with two of his wives on top of his bike to Utonkon Market.

Findings revealed that many Ufiah-Utonkon people and herdsmen have been having some running battles, with many reportedly killed few days before late Abah’s incident occurred, arising from encroachment on farmlands.

The deceased and wives hailed from a village known as Umosu, in Edumoga, Idoma, in Okpokwu Local Government  Area of Benue State, about 5 kilometres away from Utonkon where the attack took place.

It would be recalled that Benue State government has banned open grazing by Fulani herdsmen some few months ago.