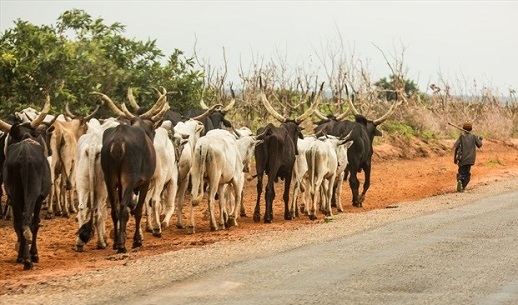 The takeover agenda of the Benue valley and the entire Nigeria nation by the Fulani has been there since the time of Othman Dan Fodio. They did not succeed through war, so they fight now through politics and cattle business. The expansionist drive is embedded in their major religion, politics, and their everyday life. They understand their game and are good at it. Unfortunately, most of even our educated folks in the Benue valley seem not to fully understand their plan.

2. How the idea of Grazing Reserves were hatched

If you really want to know about the crises in the Benue valley, go back and read about the establishment of grazing reserves in Nigeria. Ismail Iro said the formal grazing reserves in Nigeria started accidentally in the 1950s when Hamisu Kano, working with pastoralists on livestock vaccination, foresaw the shortages of grazing land in Northern Nigeria. Supported by the government, he initiated the grazing reserve scheme from the abandoned government resettlement schemes (Fulani Settlement Scheme). The resettlement schemes collapsed because the government had neither the financial nor the managerial ability to continue with the financially burdensome scheme, and the best alternative use of the land, the government thought, was to convert it into grazing reserves that were less financially committed. Grazing reserve hatched in 1954 after a study of the Fulani production system contained in the "Fulani Amenities Proposal." The proposal suggested the creation of grazing reserves, the improvement of Fulani welfare, and the transformation of the herd management system.

3. Grazing Reserves: The Federal Government’s tool to shortchange the people

Remember that in 2016, the Information Nigeria online said, “Minister of Agriculture Audu Ogbe said, “The Federal Government is planning to build ranches for herdsmen as part of measures to address perennial herdsmen/farmers’ clashes, it was learnt. When established, park rangers, Nigeria Security and Civil Defence Corps (NSCDC) and other security agencies, would be trained to protect the ranches from being looted by hoodlums.”  Vanguard online similarly posted on the 2nd March 2016 that Audu Ogbe the minister of Agriculture said, “Federal Government would create grazing areas in the country where the herdsmen would take care of their cattle. We will grow special grasses in the South to feed the cattle in the North, just as it is being practiced successfully in some parts of the world.” Please note that the minister of agriculture calls grazing areas ranches. This is deliberate to make people think ranches will be established. The truth, however, is that the blue print of the grazing reserves is still followed by the Federal Government but a smoke screen is presented and called ranches.

5. Fulanis are worried that their expansionist agenda may fail.

One other key thing you need to understand is that, the Fulani are doing all it takes to put pressure on Nigerians to make sure we revert to the establishment of grazing reserves. Bills at the national assemble to this effect had been brought up not necessarily by Fulanis, but I believe the bills were influenced by them. They the Fulanis believe Nigeria is theirs and they use the grazing reserves as a means to get peoples ancestral lands for themselves. They are now worried that with the current rate of development, they may lose the land they assume to be theirs. Iro voiced out the Fulani lamentation saying:

“The Growing pressure from Ardo'en (the Fulani community leaders) for the salvation of what is left of the customary grazing land has made some state governments with large population of herders to include in their development plans the reactivation and preservation of grazing reserves… the administrators have instituted a Grazing Reserve Committee to find a lasting solution to the rapid depletion of grazing land resources in Nigeria.”

6. The Fulanis outsmarted the Benue people

As far back as 2008 during Governor Gabriel Suswams time, the Fulanis started mounting pressure on Benue to continue in their blue print to establish grazing reserves. A committee was formed to stop the Fulani assault on Benue and was called, “COMMITTEE ON TIV FARMERS/FULANI REARERS RELATIONSHIP.” Guess who was in charge of receiving the reports and making final decisions together with the then Governor? The Sultan of Sokoto, a Fulani man. Six sub-committees were formed with the Fulanis heading the most sensitive ones. All the six committees gave their recommendations as if they copied from each other. Of course they copied from each other. All the Fulanis in the committees had an agenda and influence the decisions of our people in those committees.

The key areas that were replicated in almost all the committees were that:

- Grazing reserves be established in Benue
- Tiv people should settle in clusters to make provision land for grazing
- Fulani Pastoral leaders (Ardos) be accorded recognition at the state level, local government level, and at the ward level.

If these recommendations were done, Benue would have been lost long ago. As the Fulanis would have empowered the Ardos Financially, making them more powerful than our local chiefs. Oh! I forgot to tell you that it was suggested that the Ardos be on the state and local government payroll. All of these ploys are to reenact the 1954 “Fulani Settlement Scheme,” or the new name it took, "Fulani Amenities Proposal."

You also need to know that the Hausa and Fulani plan for Benue is the same. Since before Makurdi was changed from Lobi to Makurdi, their plan was to take over Makurdi and establish an emirate. Avese George in his article “Truth about Makurdi” on his Facebook page said

“For the near success of that ignoble plan, three times, an emir was to be crowned for Makudi which till date, the Hausas refer to as Makurdi na (or) gerin Audu ( Makurdi founded by Audu), without success… Every nominee for the throne died mysteriously just before the crowning between 1942 and 1947 before the World War and after it ended. Findings reveals that, the first Imam of the mosque on Kaduna street, one Mallam Buba, in refusing to become the next nominee for the throne of the emir of Makudi fearing death, told the Hausa elders who came to compel him to accept the nomination that, abun da ba naka ba, da wuyan samu, meaning, ‘what is not yours, is difficult to take or get.’ Implying that, the people here also have a tradition that was resisting their foray.”

The plan for this takeover of Benue is still in the very fabric of the Hausa and Fulanis, and cows are now used as a front for this ploy, which is why the presidency is almost at all times quite when fulanis are assaulting people in their ancestral lands.

The signing into law the anti-grazing bill by Governor Samuel Ortom gave a blow on the Fulani agenda that had been hatched since 1954 to get the land of the Nigerian populace for the benefit of they the Fulanis.

You need to know that the fight is not yet over. If we are not united to stand with Governor on this, the Federal Government will use its might to take over our lands to reenact “Fulani Settlement Scheme,” or its new name "Fulani Amenities Proposal," or its current name, “Pilot Ranch.”

Remember, the anti grazing law does not make provision for government ranches. All ranches are supposed to be a private arrangement between the cattle farmer and the host community. Pilot ranches are therefore illegal according to the anti grazing laws of Benue. Mr Governor, be wise. The Fulanis are using the Federal Government to go back to their “Fulani Settlement Scheme,” "Fulani Amenities Proposal," or grazing reserves in the name of “Pilot Ranches.”

9. My counsel to Governor Ortom

I don’t understand how private business of the Fulani people is supposed to be funded by the Federal Government. Shine your eyes Mr Governor. This is not the first time the Federal government has tested ranches in Nigeria. Rev Peter Iordaah commenting of his facebook wall in relation to the PILOT RANCHES said:
“I live in Kaduna State for now....when Kachia was given a grazing reserve, it was meant to solve some of these Fulani problems. Today, Kachia grazing reserve has been renamed ‘Raduga’, a Fulani name with an emir and the hotbed of most of the security challenges of Southern Kaduna.” Iordaah further gives his experise counsel saying:
“Former Agric Minister, Dr Akinwunmi suggested that Geographic Information System (GIS)/Remote Sensing be sued to solve this grazing problem. I am conducting an MSc (GIS) and Remote Sensing research on the Government" s proposed reserves/ranches. Modern scientific analysis doesn't just depend on availability or fertility of land...there are other factors used in "best location analysis", called MCE (Multi-Criteria Evaluation). In short, land-use patterns, historical antecedents, affinity to land etc are all used in locational analysis. The connection of the Tiv, land use patterns, cultural affinity to yams (and family farms); will forever be a stumbling block to any permanent arrangement of making Fulani cows and Tiv farmers to " lie down together in peace". Even scientific methods are opposing such purely political considerations in locations.”
My Governor, these pilot ranches may be a trap just as it was in Kachia of Southern Kaduna. If you are the first to violate the anti grazing law which you made, by using Government might to give land to the Federal Government for ranches which is not part of your anti grazing law, the law will never see the light of day. As many other people will see no reason to obey it.

I am TheShepherd LohouTer Shadrach, and I don’t eat Fulani beef and all their beef products.

Please share this post if you are from Benue and a friend of Benue who oppose the forceful takeover of the Fulani with the federal Government assistance.