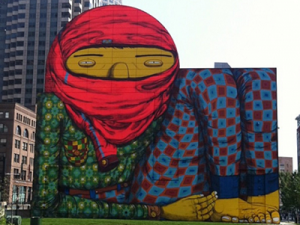 On 6th September, 2017, the National Christian Elders Forum (NCEF) asked the Islamists in Nigeria the questions below. Till today, no Islamist leader or organization has provided an answer to any of the questions.

The NCEF wishes to remind Nigerians that there is a maximum difference between Muslims and Islamists. Many Muslims practice Islam as religion while the doctrine of Islam espoused by the Islamists is essentially a doctrine of hate. To many Muslims, adherence to Islam as religion is of paramount importance, whereas Islamists practice Islam as “political ideology”. This is why Islamism is called “political Islam”. Islamism is the ideology of ISIS, Boko Haram, Taliban, Al Qaeda, Al Shabab, Hamas, Fulani herdsmen, and all the other Islamic terrorist organizations worldwide. Islamists in Nigeria are responsible for the religious tension and intolerance in the country which has resulted in gross violation of the Constitution, abuse of human rights, injustice, inequality and unfairness in governance.

It is worthy of mention that some Arab Islamic nations cannot tolerate “political Islam” due to the ideology of the Islamists, their religious bigotry, extreme discrimination, and wicked inhuman policies. It would be recalled that after the Arab Spring revolution in Tunisia and Egypt, both nations elected Islamists into government. Within one year, both Arab Islamic nations conducted another revolution and threw them out. If Arab Islamic nations cannot tolerate Islamists, due to their extreme religious intolerance and doctrine of hate, how would Nigeria, a multi cultural, multi ethnic and multi religious society cope with them? Islamists seek to undermine Democratic nations by subverting the Constitution and the Rule of Law, compromising the economy and willfully oppressing the people into a state of fear and bondage.

“… This war is not political. It is religious. It is between Muslims and unbelievers (arna). It will stop when Islamic religion is the determinant in governance in Nigeria or, in the alternative, when all fighters are annihilated and no one is left to continue the fight.

ii.      In 1989, Islam in Africa Organization (IAO) held a Conference in Abuja and amongst many other decisions, released a Communiqué tagged Abuja Declarations 1989 in which it affirmed that its purpose was "To eradicate in all its forms and ramifications all non-Muslim religions in member nations. Such religions shall include Christianity, Ahmadiyya and other tribal religions.” (In the original Declaration, the word Christianity was underlined.) Since Nigeria is considered a member nation, could what is going on be an implementation of this decision? Or, could we be corrected that the Conference never held in Abuja in November 1989 or such Communiqué was never released?  We are also unaware of any rebuttal of the same statement by Muslims leaders.

iii.   In a 154 page Research Report conducted by Arne Mulder in 2015, the researcher affirmed that over 13,000 Christian places of worship (Churches) have been destroyed in Northern Nigeria as at December 2014. Under what condition do Muslim insurgents destroy Churches if not Jihad?

iv.    On the 4th of February, 2017, the United States Congress affirmed that the most dangerous nation on earth for anyone to be a Christian is Nigeria. The implication is that Nigerian Christians have become endangered species in a country in which they constitute over 50% of the population.

v.      According to the Global Index on Terror, the 1st and the 4th most terrible Islamic Terrorist organizations in the world operate in Nigeria. Boko Haram is 1st while the Fulani Herdsmen is 4th. If these terror organizations are not fighting Jihad, what then are they doing in Nigeria?

vi.    Under the present administration, every key and sensitive position in National Security is held by Muslims from the North, in outright violation of Section 14 (3) of the 1999 Constitution. Also early in the life of this administration, we recall that more than 95% of senior army officers retired from the Military were Christians.  In NNPC, only recently, more than 95% of the new appointments into senior management positions are Northern Muslims.  Taking these developments in conjunction with the lopsided appointments in National Security, is one not confronted with the inevitable conclusion that there is a deliberate attempt to emasculate Christians, Southerners and other non-Muslim population of Nigeria verifiably by intimidation and force which are stealth Jihad?

vii.  Despite unconstitutionally appropriating all security positions to the Muslim North, the Fulani Herdsmen operate with impunity in mostly Christian areas, killing, maiming, raping, and destroying without any arrest, without any prosecution. If this is not complicity of the Muslim dominated Security services, are we then to conclude that the Nigerian security units are so incompetent that they cannot successfully engage insurgents after the Nigerian Army successfully prosecuted a Civil War?

viii.                     We recall that in 2011 in Harvard, USA, his eminence the Sultan of Sokoto who is also the President of the Supreme Council of Islamic Affairs, was reported to have said during a public function, “I do not recognize any Nigerian Constitution and the only Constitution I recognize is the Koran”. By virtue of Section 38 (1), the Constitution guarantees freedom of Religious conviction while Sharia through its law of “Ridda” forbids it with capital punishment. It is clear there is a huge conflict between the Democratic values of the Constitution of Nigeria and Sharia in the 1999 Constitution. The late Justice Mohammed Bello said, at a lecture in Kaduna, “Section 38 (1) of the Constitution ensures for every person the right to freedom of thought, conscience, and religion, including freedom to change his religion or belief, whereas under Sharia, “ridda” (change of religion) is a capital offence. Consequently, the offence of “ridda” is inconsistent with Section 38 (1) and by virtue of Section 1 is unconstitutional.” Therefore, when the President of the Supreme Council of Islamic Affairs said in a foreign land (which is in itself a treasonable statement) that he does not believe in the Nigerian Constitution (which guarantees freedom of religious conviction), but he believes only in the Koran (which forbids freedom of worship through Sharia’s “ridda”), could not the statement of the Sultan be interpreted as an endorsement of Jihad?

ix.    Added to the above are the big questions begging for answers. Who is funding and equipping the Islamic insurgents? And more importantly, who is shielding them from prosecution?

x.      We would not wish to belabor these issues but rather appeal to the distinguished leaders of Islam, who have stepped forward to be identified, to join us in putting Nigeria first. Nigeria is a Secular State according to Section 10 of the Constitution, but a multi-cultural, multi-ethnic, and multi-religious society. The diversity in the country should be harnessed for progress and prosperity and not resisted thus leading to disintegration of the country. It is wishful thinking for anyone to imagine the possibility of imposing one religion or one culture on 389 Ethnic Nationalities.

(The Nigerian Tribune of October 20, 2017 reported that President Buhari “was shocked by the claim made by Boko Haram on the amount of supply they receive from the Islamic State of Iraq and Syria (ISIS)”. One cannot however but agree with President Recep Tayyin Erdogan that ‘‘there is no difference between Boko Haram, Fethullah Terrorist Organization or Daesh (ISIS), which have all killed, inflicted pain and hardship on innocent people.”  We hope that President Buhari got this message.)

The NCEF hopes that Muslim leaders and organizations that have stepped forward to respond to the Press Release of July 2017, like Mr. Mohammed Hayatu-Deen, Prof. M. M. Nguru, Prince Judge Abdul Jabbaar Bola Ajibola SAN, Professor Dawud Noibi, Alhaji (Dr) Sakariyu Babalola, MUSWEN, MURIC, and others, would consider these issues again. Tens of thousands of Nigerians, mostly Christians, have been murdered by religious insurgents. The murderers of 74 years old Mrs. Bridget Agbaheme in Kano were discharged and acquitted in a Kano court! According to World Watch Monitor, over 60% of global casualties as a result of religious persecution are Nigerian Christians killed in Nigeria. Muslim leaders have to do more to persuade us that JIHAD has not been launched in Nigeria.