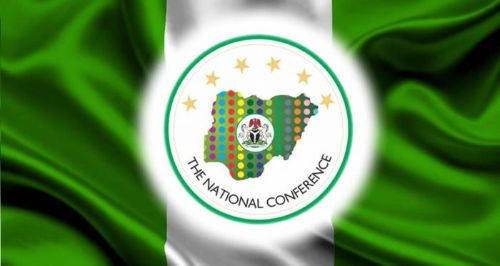 Renowned theologian, Professor Yusufu Turaki, has urged President Muhammadu Buhari to implement the recommendations of the 2014 National Conference if he sincerely wanted to address the ills in the land. In his Sunday sermon at the Interdenominational Church Service to mark the anniversary of Nigeria at 57, Turaki argued that the 2014 Confab Report is the panacea to the country’s problems.

“I passionately appeal to the federal government, that in view of the current state of the nation, an urgent National Conference be convened to settle the question of restructuring. As a member of 2014 National Conference much groundwork had already been done and it can be used as working document in view of present realities.”

Turaki was quoted by Pastor Adebayo Oladeji, who is the Special Assistant (Media and Communications) to the President of Christian Association of Nigeria (CAN), Rev. Dr. Samson Olasupo A. Ayokunle as calling for an urgent recruitment of leaders at level with a view to ending the drought of good leadership at all level of governance.

“I appeal to all Nigerians to see the urgency and the need of raising and grooming godly transformational political leaders at all levels of our national life with the goal of developing and transforming an average Nigerian to achieve his/her full potentials, on the one hand, and equally also, on the other hand, to transform the Nigerian environment by creating a conducive, viable, united, peaceful, prosperous, stable, just, participatory and sustainable Nigerian society.”

On the seemingly unending media war between the Christian and Muslim leadership on one hand and the ethnic warlords on the other, Turaki who preached on ‘Dearth of Godly Leadership’ from Jeremiah 9:23-24, advised them to engage in useful dialogue instead.

“I appeal to all Christian, Muslim and traditional leaders to go beyond attacking each and ineffective dialoguing to seriously engage and interact with each other so as to create new national common-ground religious values that can guide a national religious ethic of unity in diversity,” Turaki said.

“I appeal to all ethnic nationalities and regional groupings to go beyond attacking each other to seriously engage and interact with each other so as to create a new national common-ground inter-group values that can guide and moderate a national life and ethic of unity in diversity. I passionately appeal to all Nigerians to embrace common-ground values that unite us and shun divisive and controversial values that create crises and conflicts. “Be the change you want to see” and “Change begins with me,” Turaki explained.

“Our lack of national unity, values and standards of life have increased the state of falsity of life to the extent that our national life is based upon falsehood, deceit, hypocrisy and mistrust. Negative values such as, prejudice, biases, discrimination, differential and preferential of others and stereotyping are all rooted in what information or ideas Nigerians have fed with, especially about each other,” Turaki added. He noted that the moral state of Nigeria today was not like that at independence, adding that Nigerians “have lost speaking and living the truth.”

“Truth is a scarce commodity in both our private and national life. We have lost truth to falsehood. What about integrity? One hardly finds people of high moral principles and standards of life. What about honesty? To be open and sincere in dealing with people! Bribery and corruption have wiped out honesty, faithfulness and sincerity. What about justice? Are we fair and impartial with each other as Nigerians? Nepotism, tribalism and religious and cultural bigotry have mortgaged our sense of equality, rights, equity, freedom and justice,” he said.

“The present negative moral character of an average Nigerian is the greatest enemy and threat to the survival of Nigeria as a nation. Nigerians are the worst enemies of themselves and Nigeria. Our moral character has set us on course to self-destruction and collision with the Creator of the heavens and earth. We must take the challenge of moral engineering of Nigerians very seriously,” Turaki added