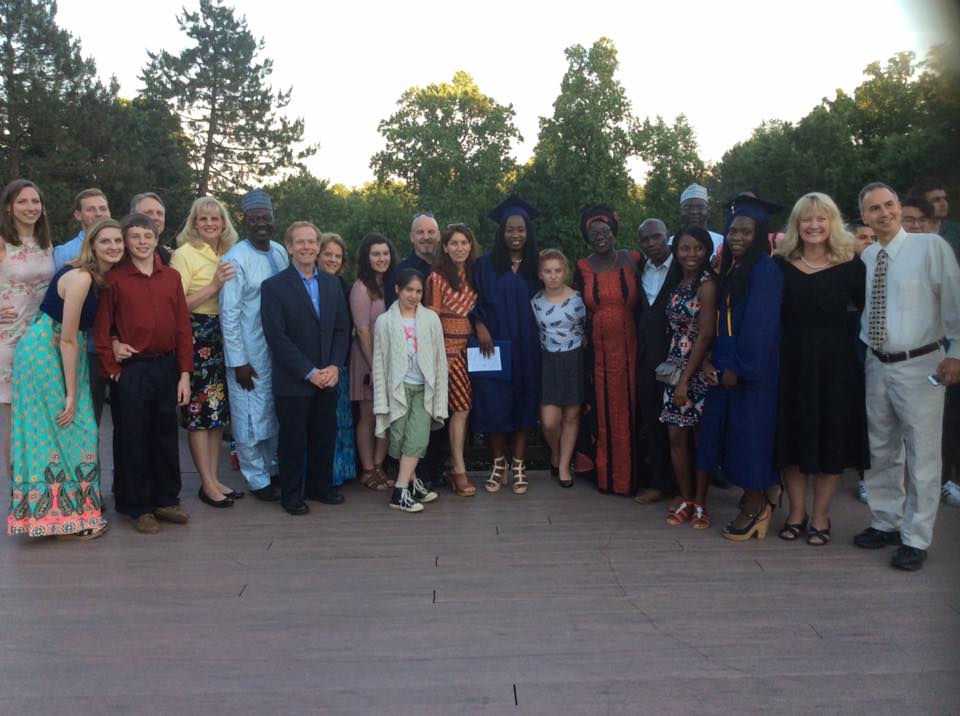 Debbie and Grace were part of the first 57 girls who escaped from Boko Haram terrorists after the mass abduction of almost 300 Chibok schoolgirls in April 2014. Unlike most of their colleagues who jumped out of trucks en route, the two were taken all the way to the terrorists camp in Sambisa before they escaped and made it back home in a terrifying journey that took about a week with their captors in hot pursuit. They were the last to escape Boko Haram until last year's escape of Amina Ali after two years in captivity.

The two schoolgirls were among a dozen Nigerian girls sponsored to school abroad by a Nigerian NGO Education Must Continue Initiative with the help of US based international human rights lawyer Emmanuel Ogebe. EMC is run by victims helping victims overcome the impact of the insurgency by the world's deadliest terror group Boko Haram which has destroyed hundreds of schools and killed thousands.

By this graduation, Debbie and Grace became the first escaped Chibok girls to graduate from an American high school with diplomas after completing and meeting academic standards. This comes three years after terrorists interrupted their education during their final year in school in northeast Nigeria. Several other girls had dropped out of EMC's school abroad project after managing to graduate from middle school (8th grade) last year and are now attempting to take the GED exam (external GCE equivalent).

On hand to witness the historic graduation of the two Chibok girls in the class of 2017 were a delegation from Nigeria which included the founders and directors of Education Must Continue Initiative Mr and Mrs Paul Gadzama and the parent of one of the girls who traveled all the way from Chibok in northeast Nigeria. The only Chibok girl currently pursuing a degree program in an American university, cut short her summer vacation in Nigeria to return for the graduation of her colleagues. The girls' American host families and Barrister Emmanuel Ogebe and his family were among the audience who witnessed the historic graduation.

The class of 2017 was the 50th graduation of the school which was the first high school in America to win a prestigious President's award last year. The Chibok girls were among only 21 students who graduated as a few international students were unable to graduate.

In remarks during a celebratory reception, the Chibok girls thanked their host families, the NGO volunteers from EMC for supporting them to achieve their dreams. They particularly appreciated them for driving the girls daily to and fro from school for two years.

Also speaking, the parent visiting from Nigeria stated that he had personally seen that the team had done more for his daughter in America than he could have done for them in Nigeria and thanked them for their love.

Recounting the story of how he conceived the project by divine favor, human rights lawyer Emmanuel Ogebe described how he first brought the orphan of a pastor murdered by Boko Haram to school in the US in 2013. The following year, Boko Haram attacked her village and abducted 276 girls. Consequently because he had helped an orphan from Chibok before he was able to help these ones as well. He concluded that "unless God builds a house, the laborers labor in vain."

He appreciated the sacrifice of EMC founders Mr and Mrs Gadzama who flew at their own expense to witness the girls' graduation after missing their own daughter's graduation with a masters in Public Health (MPH) in Michigan just a few weeks earlier.

He also thanked EMC's American volunteer Education Adviser Deanna who helped obtain admission and scholarships to the exclusive $35,000 per year school for her role after their former school tried to take advantage of them. The girls had to repeat 11th grade after their initial school failed to meet up to its obligations.

A church Thanksgiving is planned for the girls who are exploring their future endeavors following graduation.  Among several awards won by them was an award for "Most hard working student in English as Second Language 3". "This is an outstanding feat for Chibok girls especially given the fact that in Nigeria, most continue to speak in Hausa to the consternation of many Nigerians. This shows that our education model of immersion - placing the students in American homes - was immensely successful as they are now able to engage confidently, communicate effectively and blossom generally," says Emmanuel Ogebe the International Program Director. "This is why the girls in EMC's US program are the most articulate Chibok girls anywhere in the world."

Confirming this, host parents including lawyers, doctors and accountants narrated tales of how Americanized the girls are quoting one as saying "mum, the weather is gross" while on another occasion explaining to her host mum, an American doctor, how Uber, the app-based taxi service, operates.

With this graduation, EMC has no more students in high school in the US. All are now post-secondary level and exceed all the Chibok girls in the Nigerian programs run by the Federal Government and Borno State government. EMC and AUN's programs are the two most advanced programs for Chibok girls. "The fact that these girls could succeed inspite of the worst of terrorism and the opposition of their own government no less is proof that the gates of hell cannot prevail against the March of a girl committed to achieving her dreams or any band of individuals united to support them. They are truly a testament to the indomitable human spirit under guidance of a great God. Not one iota of support has come from any government anywhere. Rather we have paid the Nigerian and US governments numerous times for various needs for the girls. At the end of the day, our labor of love has been crowned with success in spite of all the naysayers and saboteurs. To God alone by the glory. We thank all our friends and supporters," Ogebe says.

PS Of the five girls we placed in this same Christian school, 1 is now in college earning a degree, 2 graduated with diplomas yesterday and 2 who were taken by the Nigerian government last year have no diploma (and 1 converted to Islam in Bronx NY). This is the price of eating the king's meat unlike Daniel and friends. 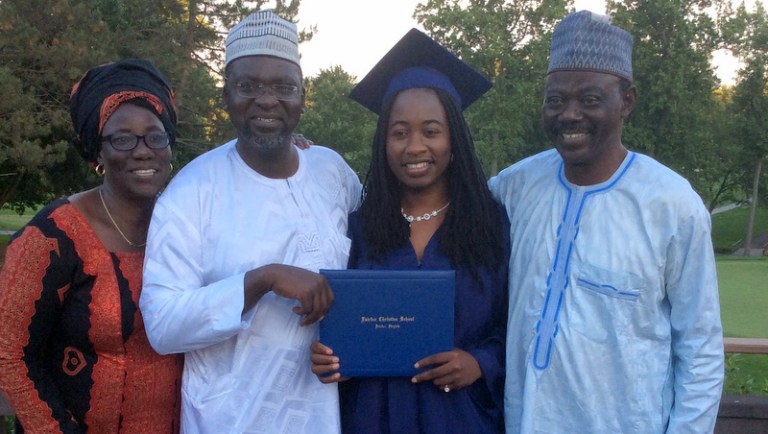 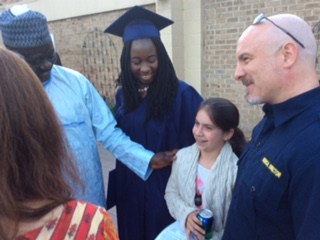 Chibok girl with her proud American sister and family 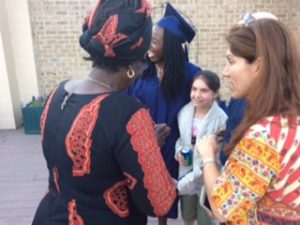 All smiles - a joyous moment 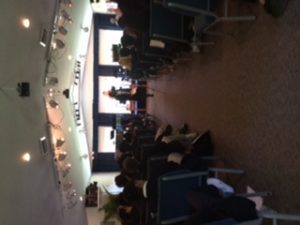 Prize giving ceremony where the girls got several awards 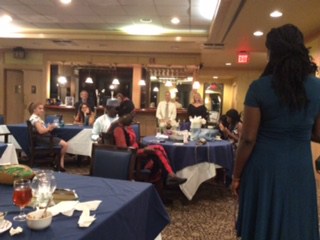 Chibok grad  giving vote of thanks at the graduation reception