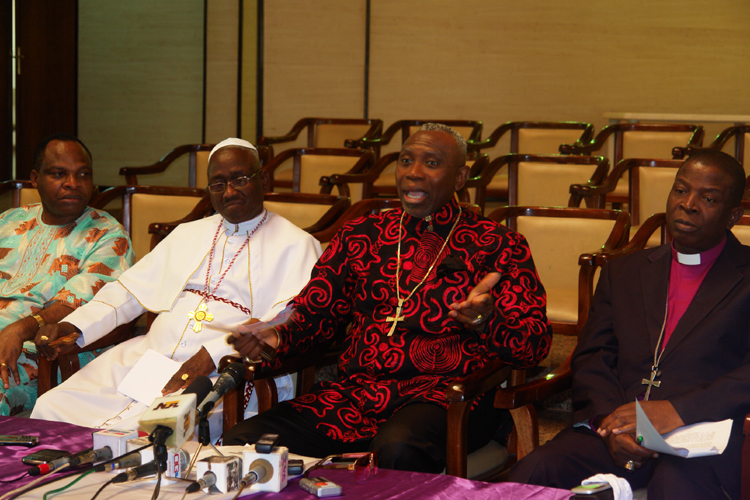 The Christians Association of Nigeria (CAN) has issued a “final call” to the Federal Government to neutralize the violence against Christians or risk losing the cooperation of the Christian community in its fight against Boko Haram.

Pastor Ayo Oritsejafor, the president of the Christians Association of Nigeria, who made the call was speaking after a meeting with other officials of the association over the latest attack on churches in Nigeria, which happened at the Bayero University in Kano state on Sunday.

Gunmen stormed a church service at Bayero University on Sunday and killed about 15 people and wounded several others.

Speaking after the meeting, Pastor Ayo Oritsejafor said, “The church leadership has hitherto put great restraint on the restive and aggrieved millions of Nigerians but can no longer guarantee such co-operation, if this trend is not halted immediately.”

“The question we have always asked is this; of the 51 years of existence of Nigeria as a nation, who have governed this country most? Most of them are from a particular section of the North. What did they do with the opportunities they had? What did they do with the resources they had? We need to ask questions. The people themselves need to ask questions.

“The Almajiris, if they could read and write and understand what is happening, need to ask questions. The realities are these: we know that the bottom of all this is a radical religious ideology. We want that settled but as it is right now, it has gone beyond trying to address why this happened or where it is coming from. It has gone beyond whether it is political or about poverty. The truth is that this situation must stop.

“It is the ideas that people coin from the Koran and are being used to terrorise the world. Now we cannot deny that these are Muslims. That is not to say that there are no good Muslims; there are. But the truth must be told. When we keep running from the truth, we will never solve the problem.

“You will recall that at our last news conference on March 6, we told the nation that the bombings and killings of innocent Nigerians may be termed senseless, but that it is not without sense for those sponsoring the act. We also said the killings and bombings were being done according to their plans in order to instil fears with the subsequent aim of eradicating religious freedom, democratic liberties with the church and Christians as the primary target.

“We have persistently pleaded with government to take courage and act to stop the surge of terror,”