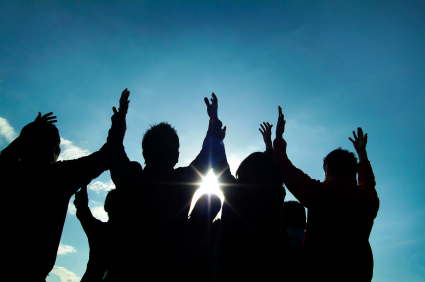 The National Executive Committee (NEC) of Christian Association of Nigeria (CAN), on Monday 29th September, 2014, passed a resolution that Christians in Nigeria should observe 3 days of fasting and prayer for the church and for the nation from Friday 17th – Sunday 19th October.

Earlier, the South West Zone of CAN had chosen 26th October as the day of the National Repentance. However, with the directive from NEC, both positions have been harmonized and the day of repentance and national re-dedication shall take place nationwide from 17th – 19th October.

The President of CAN, his eminence, Pastor Ayo Oritsejafor called on all Christians to unite at this critical period in the life of the Nigerian church and the nation and corporately seek the face of God for forgiveness and divine intervention.

In his opening remarks at the meeting, the President of CAN remarked that “as we labor for the Lord and make our way into the kingdom of God, we must constantly bear in mind that the enemy of our souls is perpetually at work seeking to ‘steal, kill and destroy’. The most common tactic of the enemy is to ‘smite the shepherd’ and scatter the sheep. Whenever the enemy launches this attack on any shepherd, experience has shown that the main targets are the sheep.”

On the day of National Repentance, Christian assemblies are expected to focus on prayers of confession for the sins of the nation as well as transgressions that are in the church. Paramount among the short comings of the church is the challenge posed by disunity and the attitude of ministry competition. A message of repentance based on 2 Chro. 7: 14 should be preached in all the churches on the Sunday  of  the National Repentance and National Re-dedication. Subsequently, prayers should be offered to God for mercy and forgiveness for the church and the nation.

Other areas of prayer focus include the persecution of Christians in the North, insurgency in the nation, the threat posed by Jihadists to the church and the nation, the forth coming general elections, good governance in the land and so on.

Christians are called upon to prayerfully establish in Nigeria, the four pillars of the throne of God. These are: righteousness, justice, mercy, and truth.

All the 5 blocs of CAN are expected to participate in the prayer and fasting program. No Christian assembly is exempted.

During the NEC meeting, the leaders of the church reinstated their support and solidarity for the President of CAN, Pastor Ayo Oritsejafor, as well as their commitment to a united and cohesive national church.

All enquiries should be directed to the General Secretary, CAN, at This email address is being protected from spambots. You need JavaScript enabled to view it.