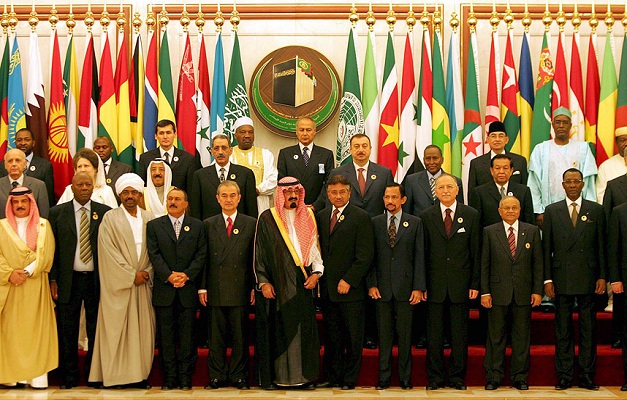 Christian leaders in the country Tuesday called on the National Assembly to list all international organisations that Nigeria belongs to with a view to withdrawing her membership from those that are religious.

The call was made at a gathering of prominent Christian leaders in the country at the Shepherdhill Baptist Church, Obanikoro, Lagos where they discussed the challenges facing the Church in the country.

The Church leaders resolved among other things as follows:

Therefore, the body should call upon the government of the day to put the provision of logistics for that meeting to hold as priority so that peace might prevail among different religious groups in the nation.

The forum condemns in a strong term “the government's decision to lead Nigeria into being member of Islamic Coalition Against Terrorism through executive fiat, Nigeria's participation in the International Islamic Sports Federation, Nigeria's membership of International Islamic Financial Institution of which our present Governor of the Central Bank is the chairman. Didn’t all these violate the constitution?”
Earlier in his address, his eminence, Rev Ayokunle frowned at those who are accusing CAN of raising false alarm over the Islamisation agenda and quoted copiously from a communique of ‘Islam in Africa Organisation’ (IAO) of 1989 called ‘Abuja Declaration'.

According to him, “Almost all the steps to be taken to Islamize Nigeria have been completed through the subtle actions of our rulers who were and are Muslims. Our government has donated billions of naira into this Islamization Agenda.

“Part of the communique are the following: To ensure only Muslims are elected to all political posts of member nations; To eradicate in all its forms and ramifications all non-Muslim religions in member nations (such religions shall include Christianity, Ahmadiyya and other tribal modes of worship unacceptable to Muslim). (the word Christianity is underlined in the declaration); To ensure the ultimate replacement of all western forms of legal and judicial systems with the sharia in all member nations before then next "Islam in Africa conference; To ensure the appointment of only Muslims into strategic national and international posts of member nations.

“The execution of this strategy can be recognised in countries like Nigeria , Ethiopia and Sudan . In Nigeria more and more provinces choose for the Sharia leading to heavy protests of Christians, oft resulting in violence and bloodshed to both sides. In Sudan the government chose in 1983 for the Sharia, in 1991 sharpened with death punishment for apostasy from Islam.”

Speaking further, Ayokunle noted “Those in government who are either Christians or Muslims or those outside it are either ignorant of the truth or are mischievous when they say that there is no plan to Islamize Nigeria. The fact that the United States of America, United Kingdom,  France and South Africa had adopted Sukkuk or any other Islamic financial system does not change our position that our government does not have the right to be implementing the Islamization Agenda of IAO quoted above because our constitution does not permit them to do so in a society with plural religion like ours.
“Much more, the Western Societies above that had adopted Islamic Financial System in question were the same that adopted homosexuality. Does it mean that it was because homosexuality was the right thing that they adopted it?”

CAN President explained that the meeting was not called to antagonise the Muslims in the country and the government but to create awareness of the dangers around.

“Let me state in the same vein  that this meeting is not called to incite anyone against our Muslim brothers and sisters neither is it intended to mean an opposition to the government of the day. It is rather to call us to awareness of the dangers around us and to call the attention of those in power in this nation as I said before to their actions that are unconstitutional and suggest preference for one religion at the expense of the others.
“For us to continue to do pilgrimage together as a nation, there must be justice, fairplay and mutual respect for all irrespective of religion, ethnic group or political affiliation, otherwise, things may fall apart.”

The Vice President, Prof Yemi Osinbajo was represented by the Villa Chaplin, Pastor Seyi Malomo. All the denominational leaders, block leaders and other church leaders in the country of about 1000 were in attendance.